Kristen Bell is criticizing Donald Trump for what he said on social media in light of the two police shootings in Louisiana and Minnesota. 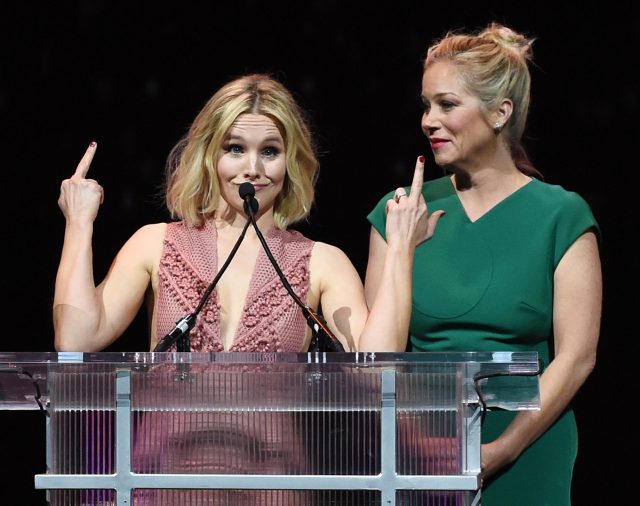 The presumptive Republican nominee was heavily criticized after he tweeted a negative graphic about Hillary Clinton that included a six-pointed star, which some took to be the Star of David and therefore anti-Semitic. Trump then attempted to defend himself by posting a a “Frozen” coloring book that included a similar star.

Where is the outrage for this Disney book? Is this the 'Star of David' also?
Dishonest media! #Frozen pic.twitter.com/4LJBpSm8xa

Bell — who voiced one of the characters in the Disney film — said Trump needed to “get his head out of his ass” and focus on what’s important. (RELATED: 3 Questions About Trump’s Star Of David Tweet)

Nope, just politicians who claim, and have chosen a career, to care about the people's welfare. https://t.co/BBFDnxGjxj

Bell added that she had “compassion” for the two officers who shot Sterling and Castile.

I have compassion for the fear the officers feel. I also think they often shoot too quickly. https://t.co/dEqc97K9w3