Brent Thompson was one of the five police officers who was shot and killed by snipers during a Black Lives Matter protest in Dallas Thursday night. 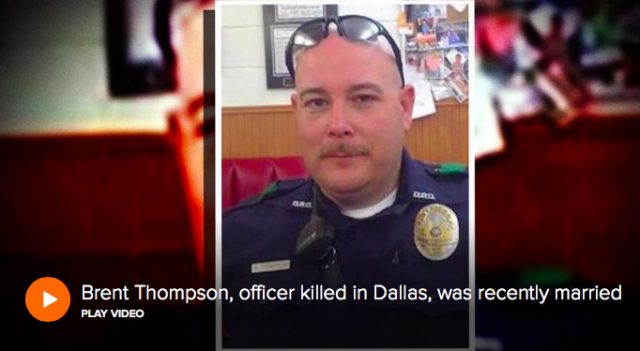 “He was a great officer,” Dallas Area Rapid Transit authority chief James Spiller said during an interview Friday morning. “I’d like to point out that Brett was recently married in the last two weeks, so this is very heartbreaking for us, not only because of that but because we lost a member in blue.

Thompson was married to a fellow police officer, Spiller added.

“Brett was a great officer and we will definitely miss him. We are making sure his family is taken care of.” (RELATED: Dallas Person Of Interest’s Brother: ‘He Gave His Gun To A Cop — It’s Not Him’)