The Dallas Police Department is the lowest paid in the state, the city’s police chief said during a press conference Monday. 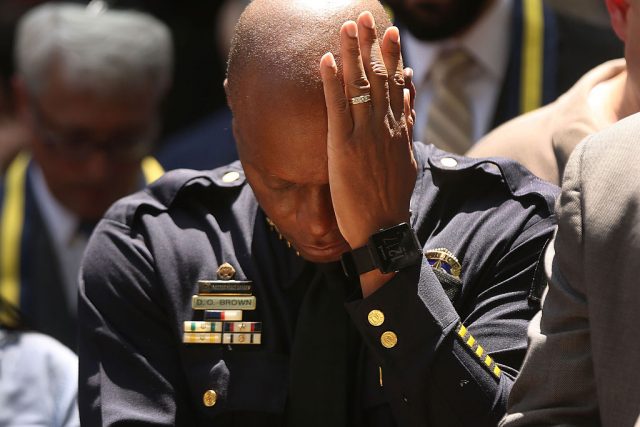 David Brown was asked by a reporter if he was afraid the amount of officer resignations was going to increase after a sniper opened fire on a Black Lives Matter protest and killed five cops.

“You glossed over that,” Brown said. “Resignations — our officers have been leaving because we’re the lowest paid in the area. The lowest paid. $44,000 a year starting out.” (RELATED: The Police Scanner Audio From The Dallas Shooting Is Beyond CHILLING)

“They have been leaving to go to other adjoining law enforcement agencies because of that, so it’s not just resignations — it’s officers not feeling appreciated.”

“I just want to make that pretty clear that officers are committed to this profession, but they want to take their of their families financially as well. We’re working to correct that, and I have every indication from the mayor, city manager and city council, they want to correct that as soon as possible.” 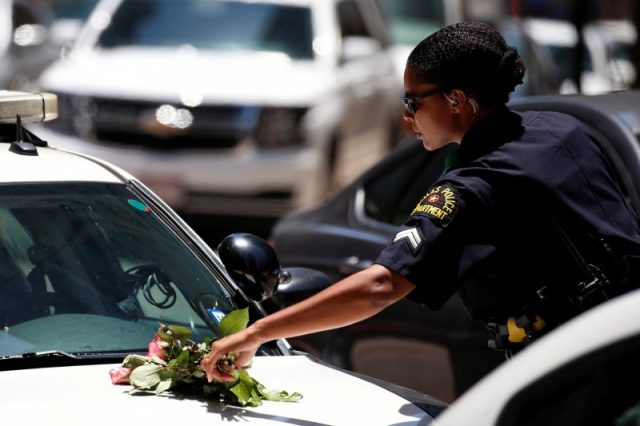 When asked how the community could help, Brown said, “We’re hiring.”

“Get off that protest line and put in an application.” (RELATED: Dallas Person Of Interest’s Brother: ‘He Gave His Gun To A Cop — It’s Not Him’)

In May, the Dallas News reported that the department expected to lose 217 officers this year due to resignation, retirement, firing or death.