Joe Perry has been hospitalized after he staggered off stage during a concert this weekend and went into cardiac arrest. 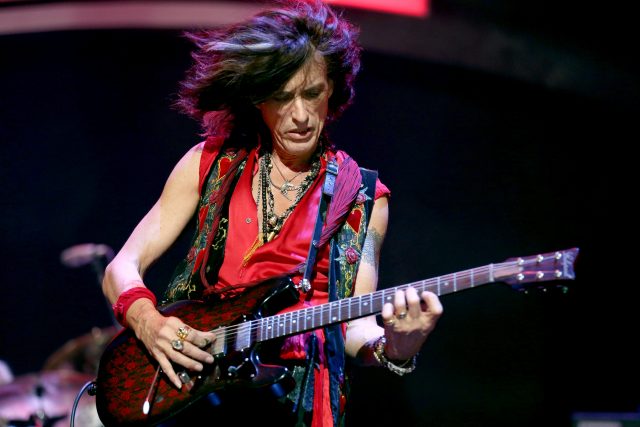 The 65-year-old Aerosmith guitarist was performing at the Ford Amphitheater at Coney Island Boardwalk with the Hollywood Vampires — a group that also includes Johnny Depp and Alice Cooper — when he reportedly lost consciousness. Police later revived him at the venue.

“He wasn’t looking well, he swaggered offstage,” one concertgoer who was there said. “I saw Johnny Depp mouth ‘Joe’ to Alice Cooper. I’m just praying he’s O.K.” (RELATED: B.B. King, The ‘King Of Blues’, Dies At 89)

A representative for the band told the New York Times that Perry is now in “stable” condition at a Coney Island hospital.

“Joe Perry is stable and resting,” Sujata Murthy said in a statement. “His brother Vampires and fans wish him a speedy recovery.”

Thanks to all of the fans reaching out and asking about Joe. He is stable right now, with family and is under the best care.