People are now begging the Dallas police chief to run for president. 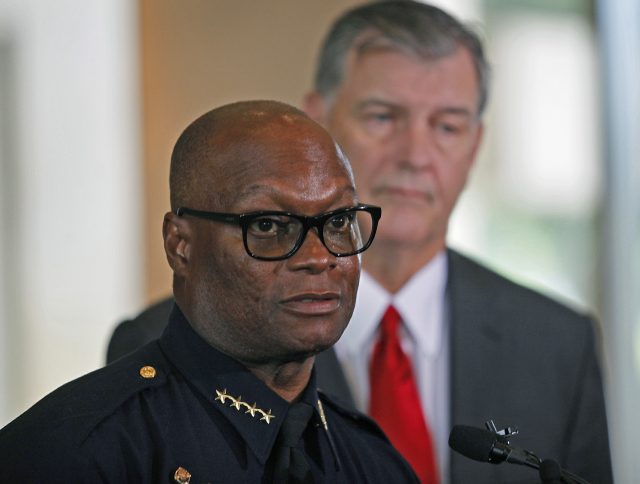 After a sniper opened fire and killed five of his officers during a Black Lives Matter protest last Thursday, David Brown has been calm and focused — and that hasn’t gone unnoticed by Americans. Many have suggested he join the presidential race.

I say we make the police chief of Dallas president

I want to write in the Dallas police chief for president.

Dallas Police Chief David Brown will be my write-in for president.

I nominate Dallas Police Chief, David Brown, for President.
That is one good dude.

Dallas Police Chief David Brown for President. Of anything.

Can we draft the Dallas Police Chief to run for President?

Ya'll. I am so impressed with Chief Brown of the Dallas PD. I'm considering writing him in for president. He is amazing.

Wow, I would vote for Dallas Police Chief David Brown for President. This man has his you know what together. Saying the right things well.

This isn’t the first time Brown has faced tragedy. 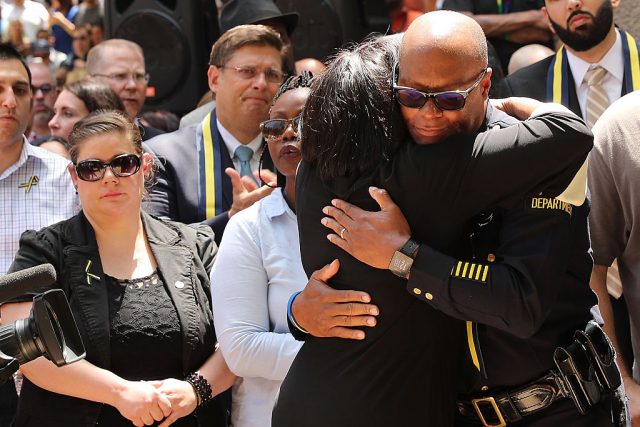 He has served Dallas police chief for six years now, and during his first few weeks in office, his 27-year-old son, who was named after him, killed a bystander and an officer while he was high on PCP before being killed by cops — on Father’s Day, too.

“My family has not only lost a son, but a fellow police officer and a private citizen lost their lives at the hands of our son,” Brown said at the time. “That hurts so deeply I cannot adequately express the sadness I feel inside my heart.”

Brown grew up in a low-income neighborhood in south Dallas — South Oak Cliff — but he didn’t let that deter him from being successful. He was voted most intellectual and most likely to succeed in high school.

“I grew up in a hot spot and wanted to do something about it, not just complain about it,” Brown said during an interview in 2015. “I began thinking about law enforcement then.” (RELATED: Dallas Police Chief: ‘Our Department Is The Lowest Paid — Feels Underappreciated’) 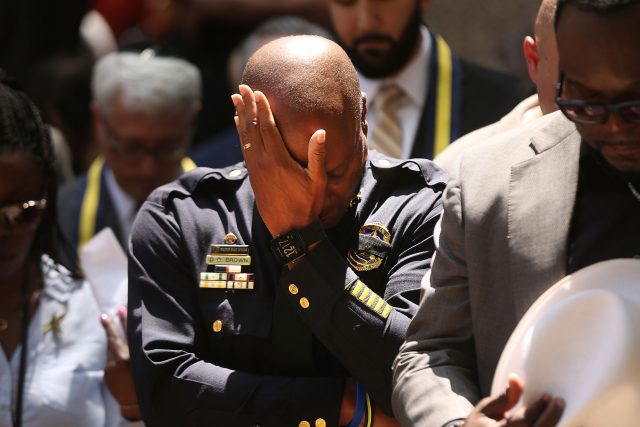 Brown said the country must not turn its back on our cops now.

“We’re hurting,” Brown said. “Our profession is hurting. Dallas officers are hurting. We are heartbroken. There are no words to describe the atrocity that occurred to our city.”

“All I know is this: This must stop, this divisiveness between our police and our citizens.” (RELATED: Critics Go After Troy Aikman For Backing Dallas Police — His Response Is Scorching Hot)