It is his first day as one third of Mike Allen‘s replacement team. So it was expected that Jake Sherman would try to make a splash.

What was not expected was that he’d display a thatch of chest hair.

Despite the fact that he looks 12 (or 9 as a reporter friend texted The Mirror this morning), the chest hair is proof that Sherman has made it past puberty. 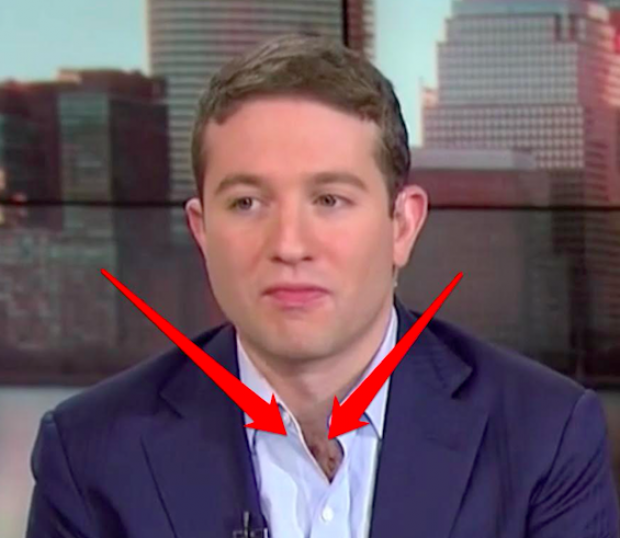 Apart from displaying his manliness, Sherman sucked up to “Morning Joe” by comparing what Politico Playbook does to the mission of “Morning Joe.” If Allen’s fawning of “Morning Joe” and its hosts was blatant, this is a preliminary hug and kiss to break the ice.

“I think what we try to do is what ‘Morning Joe’ tries to do — we try to reach the, you know, the decision makers,” Sherman told host Joe Scarborough,  “the people who are going into their 8 a.m. meeting,who need to know information.”

Really? Politico Playbook tries to do what “Morning Joe” does? Will they soon starting fighting with CNN “New Day” host Chris Cuomo over ratings? Will Jake and Anna start flirting like Mika and Joe?

Sherman, who needs to look at Palmer with more warmth and support during these appearances, said they have a clear advantage taking over the ship that Allen built for the past eight years. 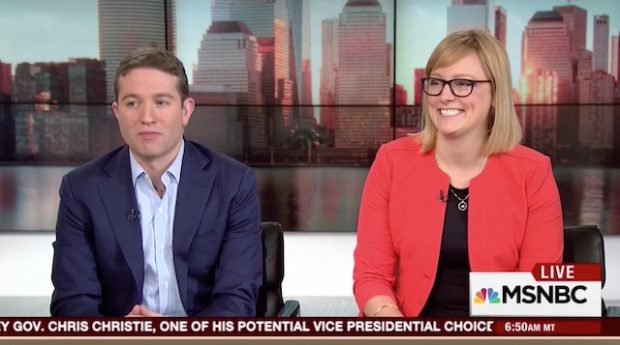 “I will say there is no one else in the space,” Sherman said. “It’s not pressure. All we have to do is keep this up for the next 3,000 editions.”

The experts over at WebMD warn not try waxing alone at home.