The latest of Donald Trump’s fundraising emails to go directly to the spam boxes of Gmail users is a missive promising immediate notification by text when Trump selects his vice-presidential running mate.

“Eric,” the July 11 spam-filtered email begins, “Because you’ve been by his side since the very beginning, Mr. Trump is entrusting you to be the first to know his pick for vice president.”

The email — entitled “Trump’s Vice President is…” — also promises the opportunity for “you” — yes “you” — “to meet the next Vice President of the United States before the rest of the world.” 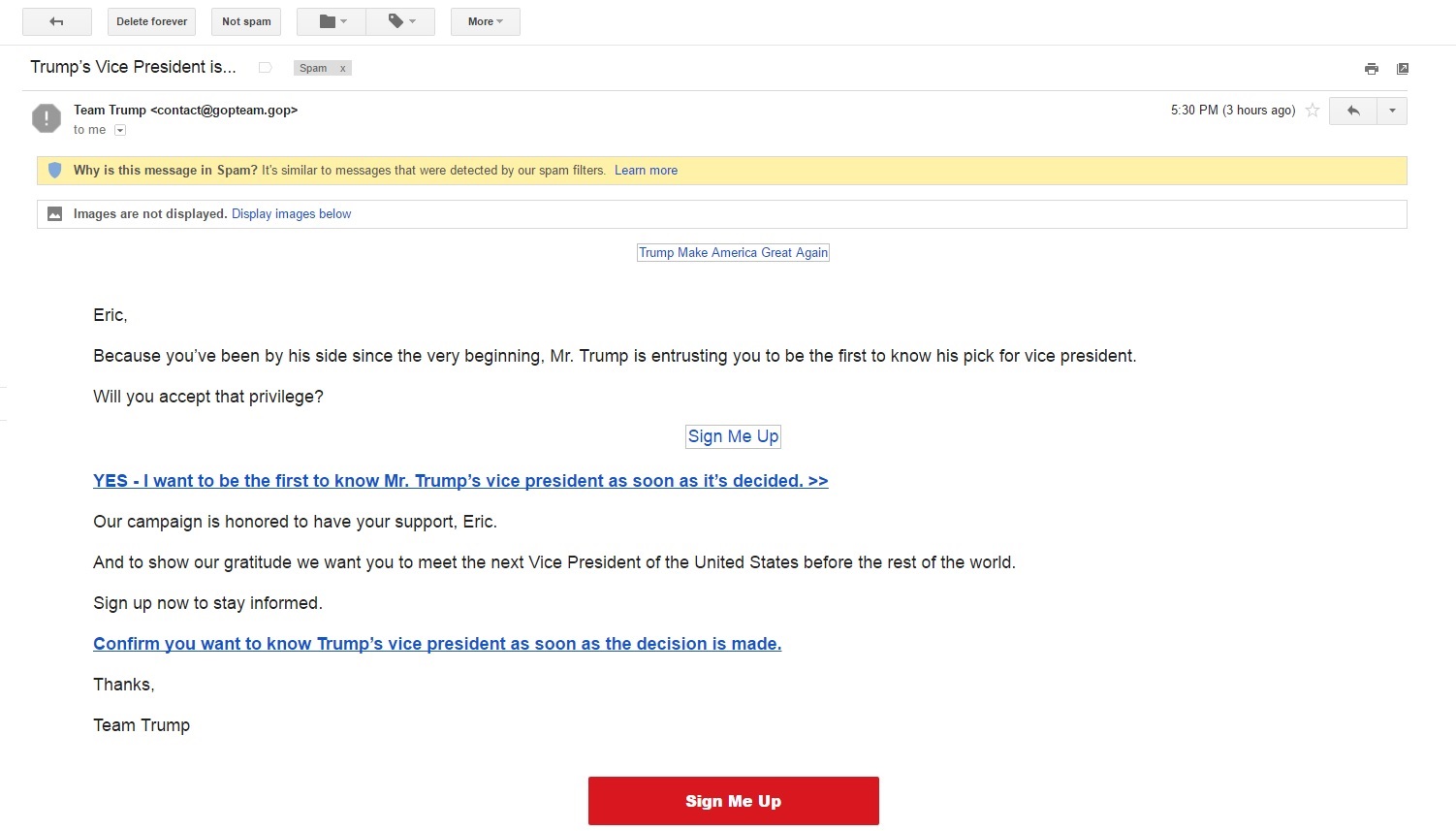 In its un-spammed format, the email features a picture of the presumptive Republican presidential nominee and a mystery person. They each have an arm hoisted in the air. The mystery person has a short haircut and roughly the silhouette of a male news anchor. 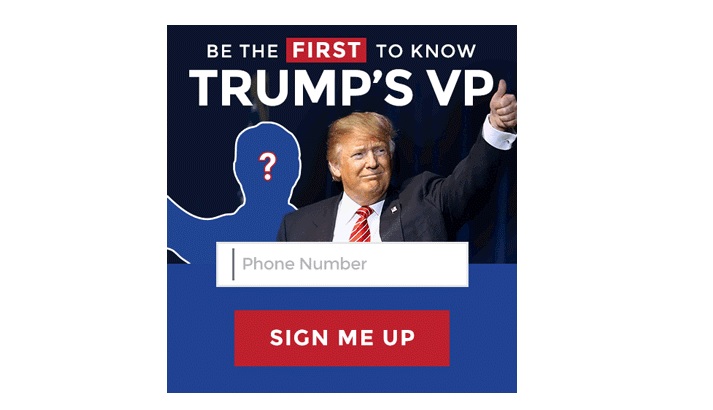 Recipients can click on that image — or a hyperlink below it, or still two more links below that — to get to a page at which they must input their full names, their email addresses and their mobile phone numbers to continue.

“As one of our strongest supporters, we want you to be among the first to know about Mr. Trump’s choice to be his running mate,” a message to the right of these required fields explains.

“It is important we have your most up-to-date contact information today. Once the decision is made, the campaign will email and text your phone so you are the first to know.”

People who provide the required information are then sent to a page at which they can donate between $200 and $2,700 to Trump’s presidential campaign. (There’s also an option to pay Trump monthly, too, like a utility bill.)

This summer, Gmail users by the score have claimed that Google is filtering emails from Trump’s campaign directly into their spam folders. (RELATED: Users Claim Google Is Putting Trump Emails In Their Spam Box)

On June 30, Google identified as spam a batch of emails from Crippled America, a Trump-supporting Super PAC.

The run-on sentence title of Crippled America’s first email was “Help us catch Crooked Hillary we are only a few donations away.” The recipient’s name — e.g., Eric — was wedged before the word “Help” with no punctuation.

A pattern of similar errors throughout both of those emails suggested gross amateurism by Crippled America.

The July 11 spam-landing emails in support of Trump are cleanly written and edited. They come from a domain called gopteam.gop.

The Republican National Committee owns the domain gopteam.gop, according to Whois.net.

There have been previous reports, denied by Google, that the search engine was manipulating search autocomplete results in favor of Hillary Clinton.