Superstar golfer Rory McIlroy has absolutely no regrets about skipping the 2016 summer Olympics in Rio, Brazil.

“I don’t feel like I’ve let the game down at all. I didn’t get into golf to try to grow the game, I tried to get into golf to win championships and win major championships,” McIlroy told the media as he prepared for the the British Open. (SLIDESHOW: UFC Star Arianny Celeste Is Nearly Naked For All Her Fans In These Pictures) 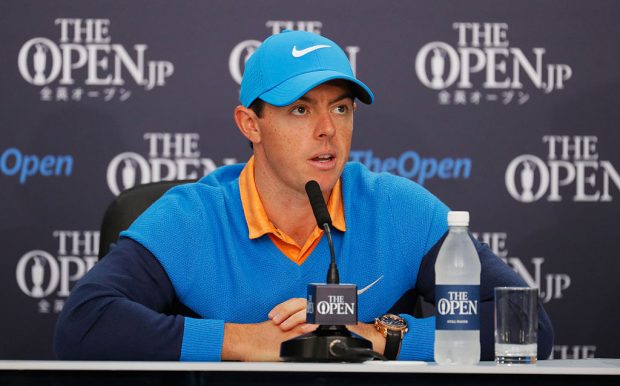 TROON, SCOTLAND – JULY 12: Rory McIlroy of Northern Ireland speaks at a press conference during previews ahead of the 145th Open Championship at Royal Troon on July 12, 2016 in Troon, Scotland. (Photo by Kevin C. Cox/Getty Images)

“I’m very happy with the decision I’ve made, I have no regrets about it. I’ll probably watch the Olympics, but I’m not sure golf will be one of the events I’ll watch,” he added.

Athletes have been very concerned about safety (or lack thereof) at the Olympics, and golfer Jordan Spieth was the latest golfer to drop out.