For his actions on May 15, 1967—which saved 40 soldiers plus his four crewman—he will be awarded the Medal of Honor later this month by President Barack Obama.

“There wasn’t any decision to be made. We simply were going to go and pick them up,” the veteran pilot told reporters at a press conference in his Michigan hometown last month.

“It’s a great honor, but nothing will upstage the fact that we got 44 men out of there,” said Kettles.

The battle ignited after soldiers of the 101st Airborne Division were pinned down in a riverbed by a battalion-sized North Vietnamese force, according to a summary by the Army. Upon receiving news of the situation, Kettles offered to lead a flight of six Hueys into the firefight to retrieve the soldiers stuck on the ground.

“As the flight approached the landing zone, it came under heavy enemy attack. Deadly fire was received from multiple directions and soldiers were hit and killed before they could leave the arriving lift helicopters.”

Kettles and his crew then returned with reinforcements a second and third time to the area of engagement, extracting more embattled troops. On one of the landings, they were met with mortar fire and suffered critical damage to Kettles’ helicopter while his gunner was seriously wounded.

During the third trip back, Kettles was informed that eight troops still remained on the ground. Without hesitation, Kettles broke ranks from the flight, turned around and returned to the landing zone, this time unaccompanied. Flying solo also meant intensified focus from enemy fire on the lone helicopter. 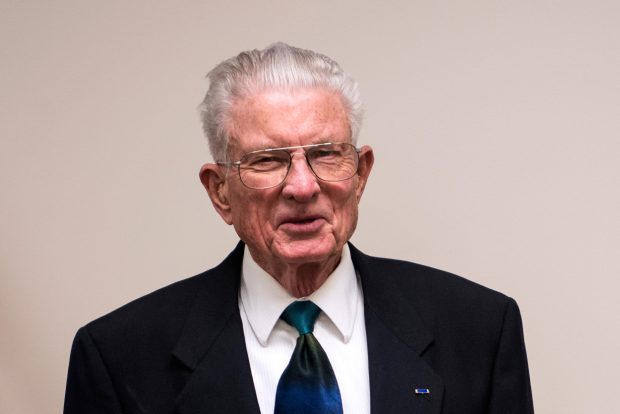 After picking up the last eight soldiers, Kettles nursed his overcrowded bird back to safety.

“We probably looked like a jackrabbit going up and down the riverbed,” Kettles joked of his sporadic flight pattern while battling the controls of a damaged aircraft.

Kettles will be the 260th Vietnam veteran to receive the award.