A man in Idaho was arrested on voyeurism charges Tuesday after he tried photographing women as they changed clothes in a Target changing room.

Media such as The New York Times and LGBTQ Nation have consistently described Sean Patrick Smith, who prefers using the name Shauna, as a woman, purely because Smith identifies as one. On the other hand, when Smith’s alleged victims called the police after confronting him at Target, they described him as a white man wearing a dress and a blonde wig.

So, is Smith a man or a woman? A quick glance at his mugshot may help. 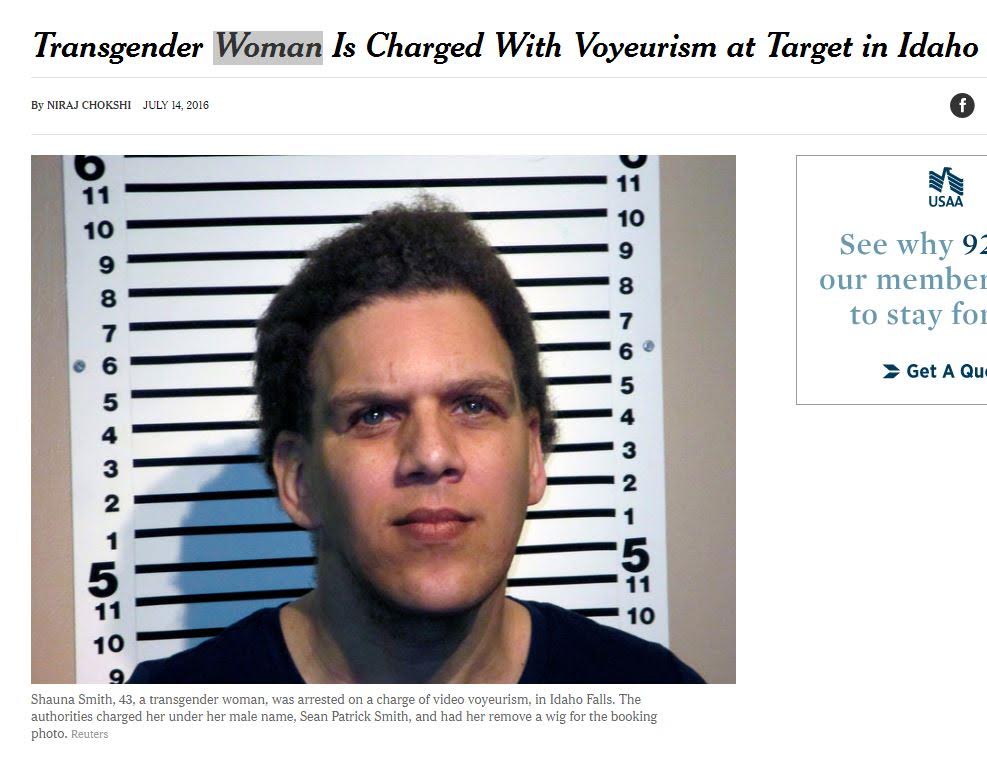