The terrorist who killed 84 people in Nice, France Thursday has been identified as Mohamed Lahouaiej Bouhlel.

French authorities discovered the 31-year-old’s photo ID at the scene.

Bouhlel was originally from Tunisia and worked as a delivery driver in the surrounding Nice area. The truck rental manager confirmed to French authorities that Bouhlel was the man who rented the truck used in the attack five days prior.

[dcquiz] Al Jazeera reports he was known to the local authorities as a petty criminal but was not on the French government’s national radar.

French media reported that Bouhlel was a father of three, and authorities brought his wife in for questioning while serving a search warrant of the family’s home.

The motivation behind his terror attack remains unknown.

Social media points to this Facebook page as belonging to Bouhlel. 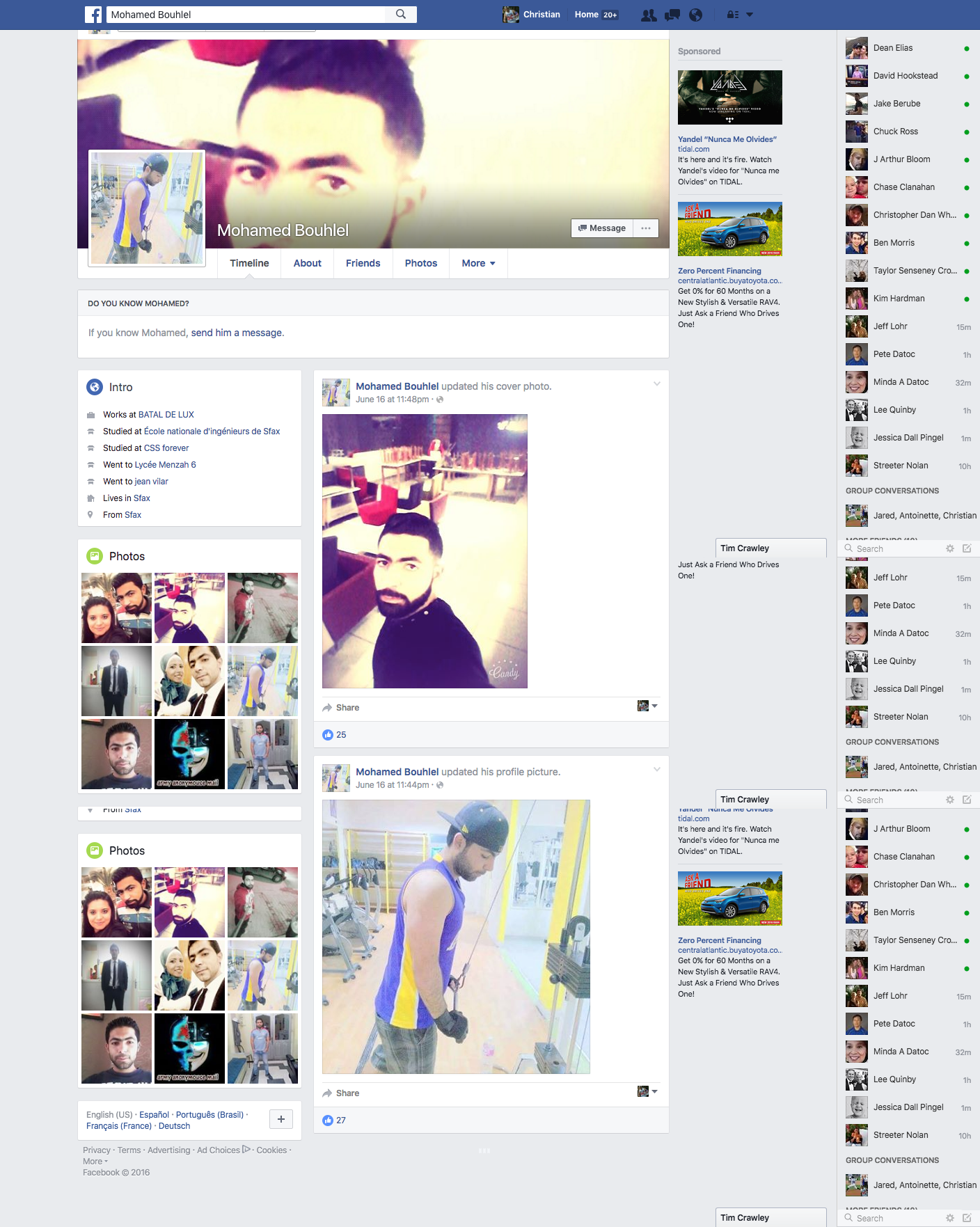