“You guys will look after me right?” he asked his fans.

Today he wants to talk about political correctness. 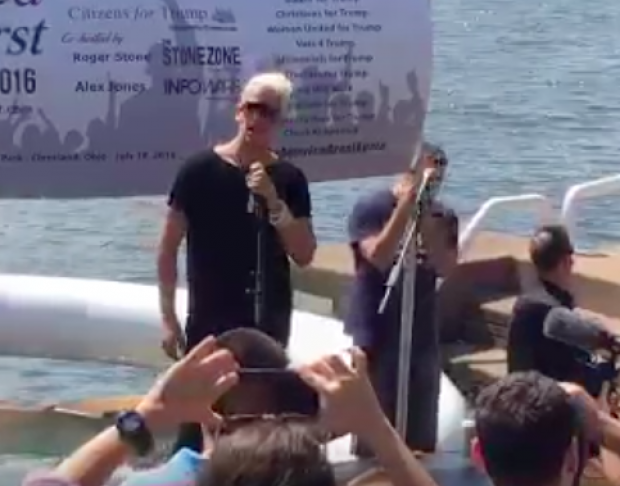 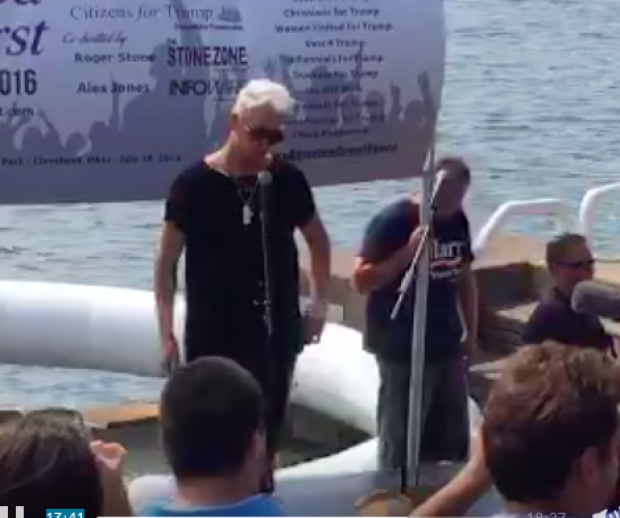 “Glenn Beck couldn’t be here — thank fuck for that,” he said, followed by a crack on ex-Breitbart News editor-at-large Ben Shapiro.

“Speaking of midgets — Ben Shapiro is nowhere to be seen, which is sad,” he said. “I hope he comes home soon.”

Milo went on about the pitfalls of his topic du jour.

“Political correctness kills,” he declared. “…It killed a little closer to home in Orlando because he wasn’t apprehended soon enough. …It’s perfectly rational to be afraid of them (Islam). …I try to fight it by being as outrageous as possible.”

Milo stressed that he is not a liberal.

He said Trump is our best chance at destroying political correctness in this country.

“Donald Trump is the best chance America has of undoing this,” he said. “…Seems to be obscene that the political left is happy to pander to mollycoddle people who want me dead. I’m tired of being polite about it. …The problem is Islam.”