Anita McBride said Melania Trump became a distraction for the campaign after word spread that she plagiarized Michelle Obama’s speech from the 2008 Democratic National Convention. 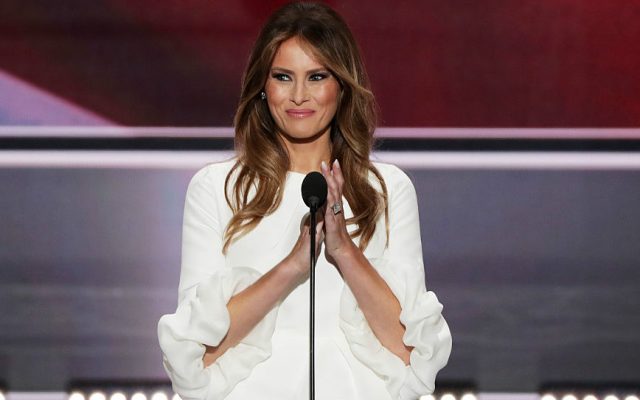 During an exclusive interview with The Daily Caller in Cleveland Tuesday, Laura Bush’s former chief of staff addressed the allegations that Melania lifted several phrases from Obama’s speech for the one she gave Monday night.

[dcquiz] “It’s unfortunate that last night she went to bed thinking this was a victory and woke up to a controversy,” McBride said. “I think the biggest fallout from this — whether the words were lifted one for one or not — is that now she’s a distraction when candidate’s spouses want to be anything but a distraction.”

“I think there are some good things that can come from this, like the recognition that a candidate’s spouse is still important and integral to a campaign.” (RELATED: Melania Takes A Shot At Hillary: ‘My Husband Will Never Be Bought’)

“I will say one other thing: those are universal values that she talked about. Those words are not owned by any one person.”

When asked if Melania would make a good first lady, McBride said no one can be prepared for a job like that.

“I think she’s been reluctant to be in the public eye,” she said. “The best advice I would give is to just be yourself, do something that is natural to you, because that is where you will have credibility and sincerity.”

McBride said the role of the first lady is “constantly evolving.”

“No matter what happens in this election in November, history will be made in this position — without a doubt. Because Melania Trump would be the second foreign-born first lady and, of course, if Hillary Clinton wins, Bill Clinton will be the first male spouse and first former president spouse.”

“Each person makes it something that is unique to them.”