The legendary football coach was spotted at the Quicken Loans Arena Monday night, with a bottle of Crown Royale in hand.

Holtz endorsed presumptive Republican nominee Donald Trump for president back in May. (VIDEO: Here’s Why Lou Holtz Wants Trump In The White House) 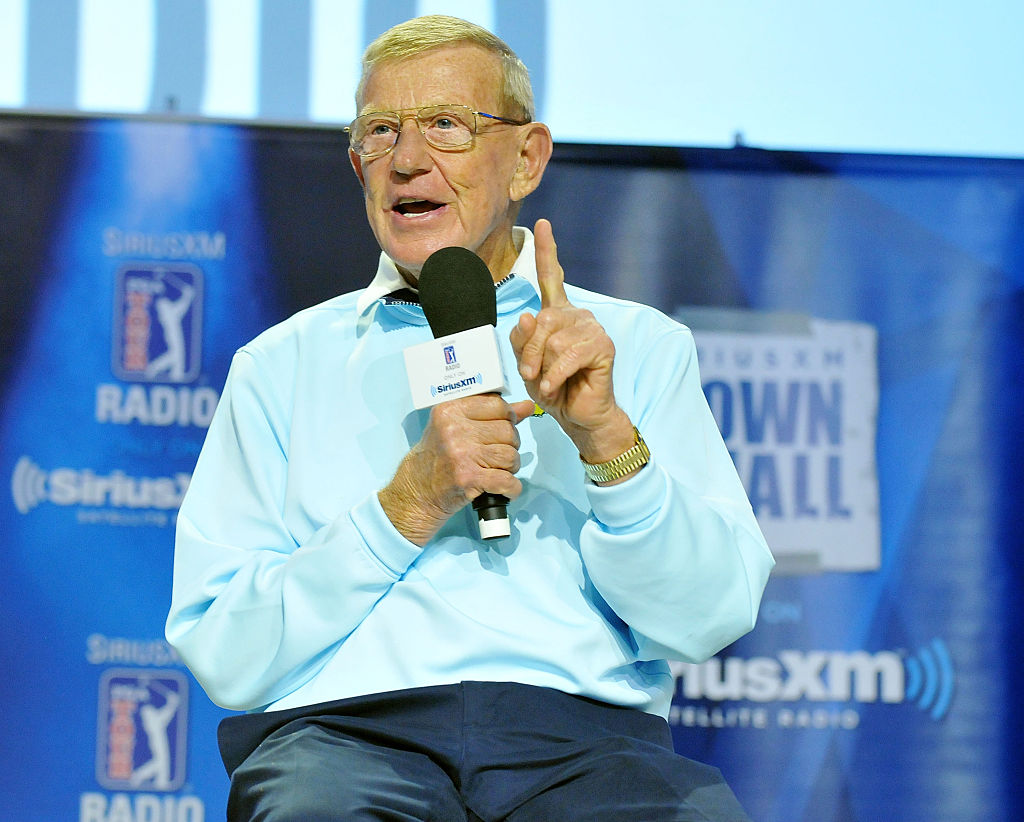 “He does nothing but go first-class in everything,” Holtz explained in a video statement. “He wants this country to be first-class as well.”

Honored to have received the endorsement of Lou Holtz – a great guy! #INPrimary #Trump2016 pic.twitter.com/AeGyODb37O