Matt Damon says his character “Jason Bourne” is keeping his guns despite a recent effort to have them removed off the film’s posters.

In an interview with E! News, the 45-year-old actor addressed the recent social media campaign promoted by fellow actress Lena Dunham to have people in New York City remove the guns off the movie posters for his upcoming “Jason Bourne” movie, following the shootings in Dallas, Louisiana and Minnesota. (RELATED: Matt Damon On ‘Team America:’ I Was Parodied For Being ‘Against The Iraq War’) 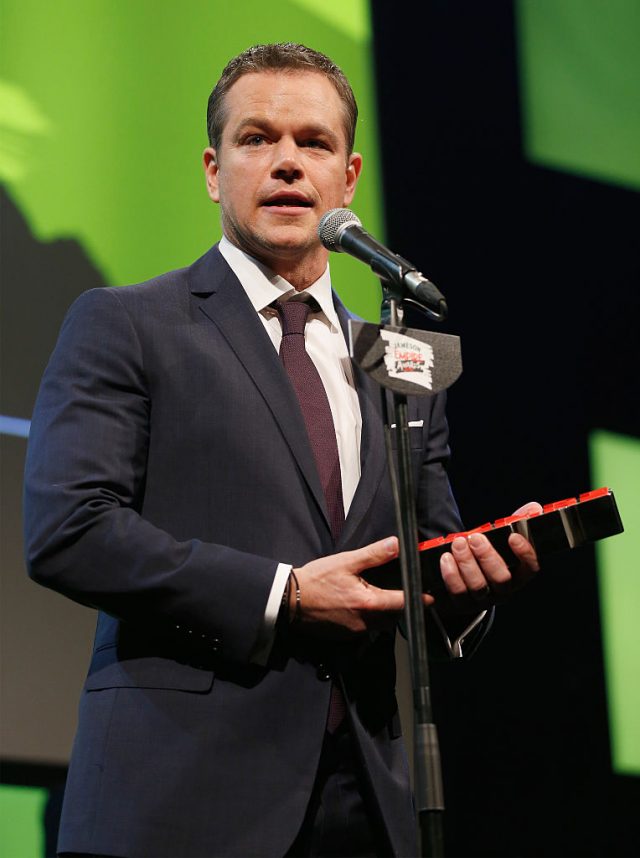 “I totally get it,” Damon said. “I mean especially given what’s going on recently, and I get not wanting to see a picture of a gun right now, and I don’t blame her at all. I mean for marketing purposes of ‘Jason Bourne’ — I mean he is a guy who runs around with a gun, so it’s not gratuitous marketing, but certainly in light of recent events I understand that impulse to tear the gun out of the picture.” (RELATED: Matt Damon Slams Donald Trump During Commencement Speech [VIDEO])

Damon’s co-star, Julia Stiles, agreed with his sentiment to not remove the guns from the “Bourne” ads.

“Obviously there’s an incredible amount of violence going on in the world and in the United States right now that’s devastating, but this movie’s perspective is not one that glorifies or makes heroic the idea of being violent,” Stiles said. “In fact, it’s the opposite.”e