Ex-Rep. Barney Frank (D-Mass.) has always been something of a slob.

Which is fine. It always tended to match his cranky Oscar the Grouch personality when he served in Congress between 1981 and 2013.

But has Barney always been THIS much of a fatty?

No word on what he was reading — he left before our spy could get close enough to see.

But I think it’s safe to assume that the book wasn’t Mario Lopez‘s Extra Lean,  Mireille Guiliano‘s French Women Don’t Get Fat or the counterintuitive Eat Fat, Get Thin by Mark Hyman, MD. 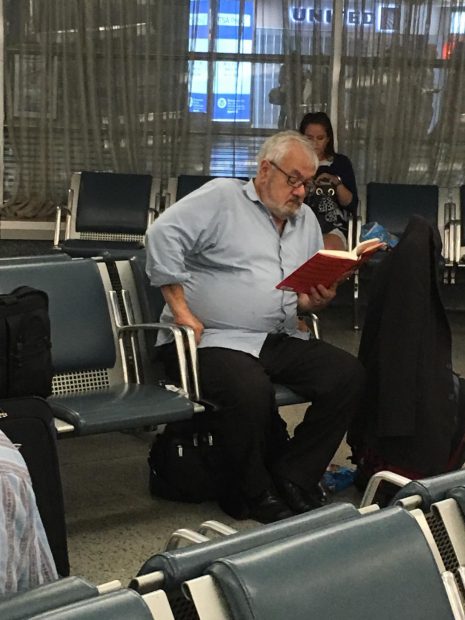