The Texas senator urged convention attendees to turn out to the polls in November and “vote their conscience.” 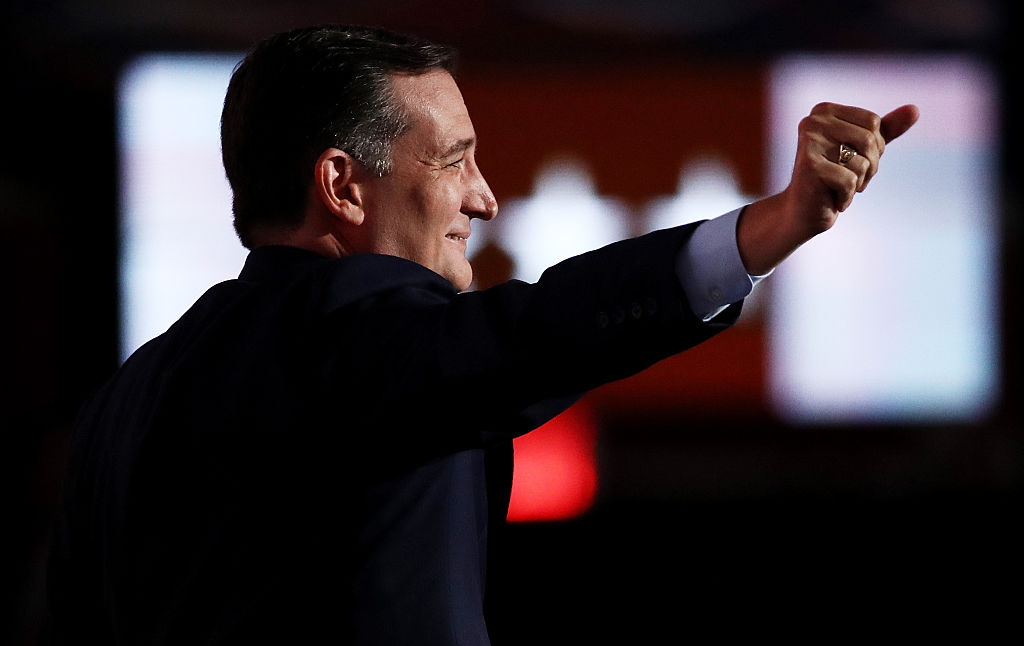 “Stand, and speak,” Cruz told the crowd. “Vote for candidates up and down the ticket who you trust to defend our freedom and to be faithful to the Constitution.” (RELATED: Cruz Booed Off RNC Stage For Not Endorsing Trump)

On the other hand, here’s Cruz during the Fox News debate back in March promising to endorse and support whomever the party nominated.

“Yes, because I gave my word that I would,” Cruz said in response to a question about the RNC pledge from Fox News’ Bret Baier.

“What I have endeavored to do every day in the Senate, is do what I said I would do,” he added.