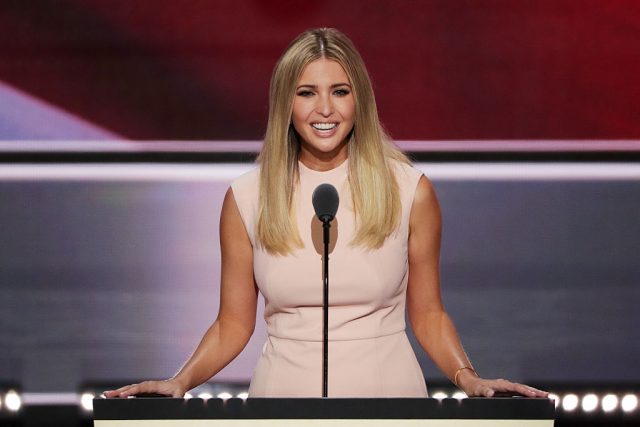 While addressing the Republican National Convention in Cleveland, Ohio, the 34-year-old daughter of the Republican nominee said her father can bring real change to the country. (RELATED: Melania Takes A Shot At Hillary: ‘My Husband Will Never Be Bought’)

“One year ago, I introduced my father when he declared his candidacy,” Ivanka told the crowd in Quicken Loans arena. “Through is own way and sheer force of will, he entered the political arena as an outsider. He prevailed against 16 competitors. For more than a year, he has been the people’s champion, and now he is the people’s nominee.”

“I do not consider myself categorically Republican or Democrat. I vote for what I believe is right for my family and my country. As the proud daughter of the nominee, I am here to tell you this is the moment — and Donald Trump is the person — to make America great again.” 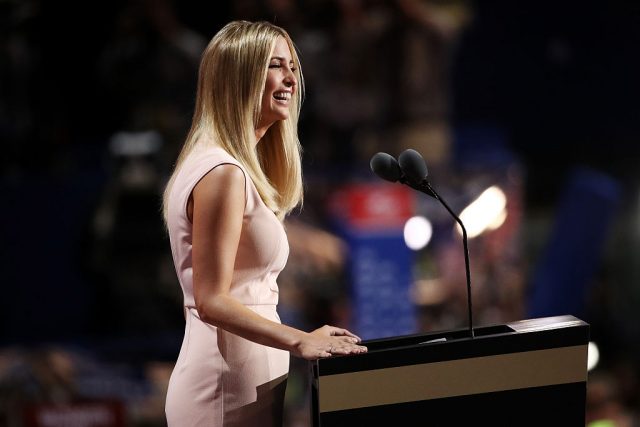 “Real change — the kind we have not seen is decades — is only going to come from outside the system. My father is  fighter. When the primaries got tough — and they did get tough — he did what any good leader does. He worked harder and became stronger.”

“My father not only has the strength and ability to be our next president, but also the compassion and kindness to be the leader that this country needs. He listens to everyone. When he is in charge, all that counts is ability, effort and excellence.” 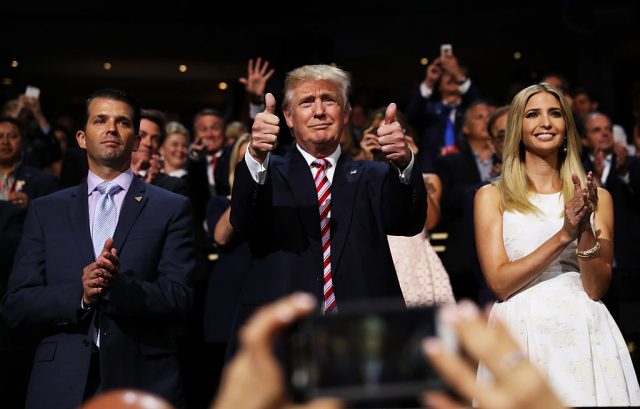 “As a mother myself of three young children, I know how hard it is work while raising a family. I also know how privileged I am. Policies that allow women to thrive should be the norm.”

“Americans today need an economy that allows people to rise again. A Trump presidency would turn the country around. In Donald Trump, you have a candidate who knows the difference between wanting something down and making it happen.”

“The hardworking men and women of this country identify with my father. Come January 17, all things will be possible again. We can hope and dream and think big again. My father will be your greatest, your truest and your most loyal champion.”