Levity is rare for Super PACs of both political varieties. After all, casting your political adversaries as threats to the American way is serious business.

But the conservative America Rising Super PAC on Friday released a really clever satirical email to Tim Kaine, offering some advice for his new position.

“America Rising has obtained a highly classified email from, well, America Rising that welcomes Senator Tim Kaine (D-VA) to Team Clinton,” they announced. “As close students of Secretary Clinton, America Rising walks Kaine through a checklist of items he needs to know as he becomes Clinton’s Number Two. The email, complete with classified markings, warns Kaine to keep handy a length of rope for corralling the press, always delete his emails (Gmail is fine), and if someone named “Bernie” calls, just let it go to voicemail.” 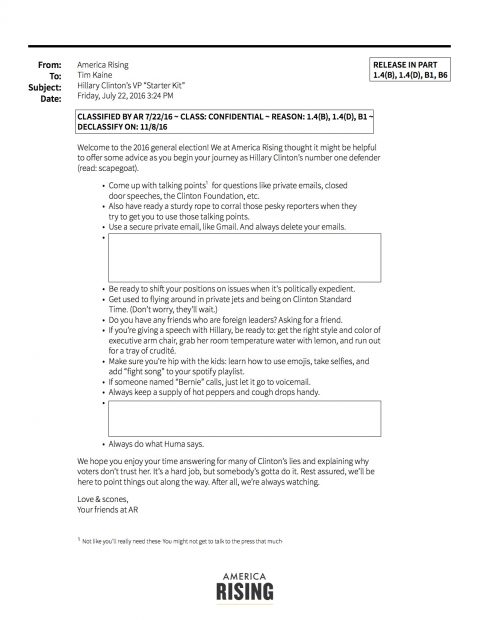