Bernie Sanders said he wished Hillary Clinton would have picked someone more progressive, like Sen. Elizabeth Warren, as her running mate. 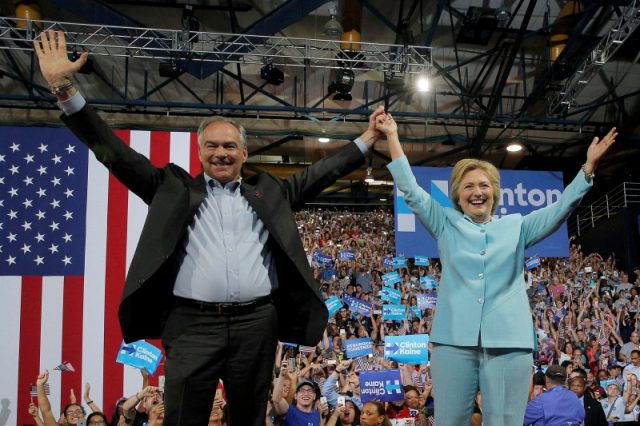 “Would I have preferred to see someone like an Elizabeth Warren selected by Secretary Clinton?” Sanders said. “Yes, I would have. Are his political views different than mine? Yeah, they are. He’s more conservative than I am.”

Sanders, who said his job is to get Clinton elected in November, did add that he thought Kaine was “100 times better” than Donald Trump.

“Trust me, on his worst, worst, worst day, Tim Kaine is 100 times better than Donald Trump will ever be.”