Police kicked down Lindsay Lohan’s front door after she accused her fiancé of trying to strangle her during an argument. 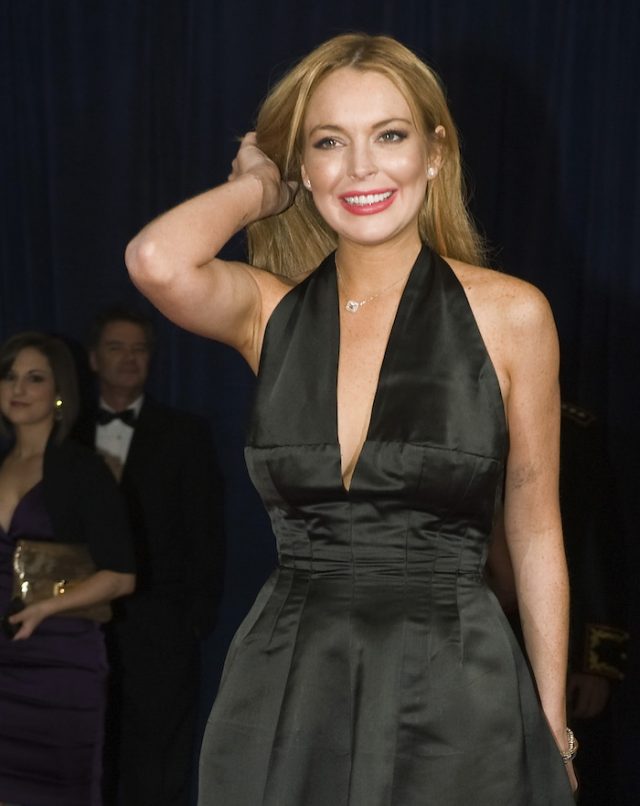 The 30-year-old actress was with Egor Tarabasov on the balcony of her Knightsbridge apartment when neighbors heard her calls for help and notified the police. (RELATED: Lindsay Lohan Gets Engaged)

Video captures a fight between Lindsay Lohan and her fiance, we pray she's ok! pic.twitter.com/fQG2yduF2M

“Please, please, please,” Lohan says in a video obtained by a neighbor. “He just strangled me. He almost killed me. Everybody will know. Get out of my house.”

“Do it. I dare you again. You’re fucking crazy. You sick fuck. You need help. It’s my house, get out.”

However, when the authorities arrived, the couple had already left the scene and no arrests were made. (RELATED: Lindsay Lohan Showed Her Fans EVERYTHING When She Posted This Bikini Photo)

“Police were called to an address in Knightsbridge, SW7 on Saturday, 23 July at 05:10 hours following a report of a woman in distress,” a police spokesman confirmed to the Daily Mail Monday. “Officers attended and following concerns for the welfare of the occupants inside they forced entry into the address.”

“There was no one inside but enquiries were made and the occupants were traced and found to be safe and well. No offences. No arrests.”

The incident comes just days after Lohan accused Tarabasov of cheating on her with a Russian prostitute. (SLIDESHOW: 16 Times Lindsay Lohan Showed Her Fans Everything In A Bikini)

The couple got engaged in May after five months of dating.