Hollywood celebrities have joined together to stop Donald Trump in a pledge called “United Against Hate.”

On Tuesday, Lena Dunham, Kerry Washington, Shonda Rhimes, Michael Moore and 100 other celebrities and artists that work in Hollywood signed an open letter from the group Moveon.org, pleading with voters that they do not vote for Trump. (RELATED: Hollywood Reacts To Trump Becoming The Presumptive GOP Nominee) 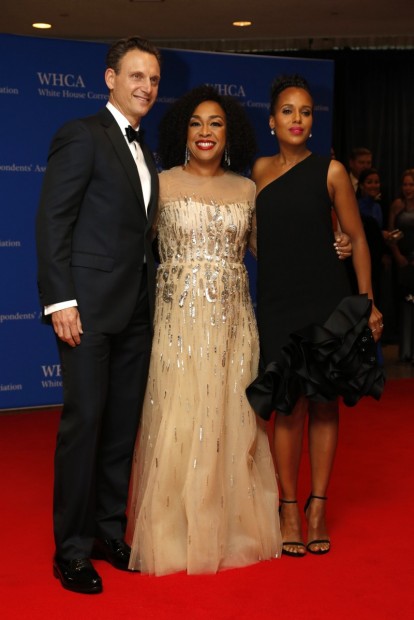 “We believe it is our responsibility to use our platforms to bring attention to the dangers of a Trump presidency, and to the real and present threats of his candidacy,” the letter reads. “Donald Trump wants to take our country back to a time when fear excused violence, when greed fueled discrimination, and when the state wrote prejudice against marginalized communities into law. His rhetoric and policy proposals exclude, degrade, and harm.”

“When dangerous and divisive leaders have come to power in the past, it has been in part because those of goodwill failed to speak out for themselves or their fellow citizens,” the letter adds. “Some of us come from the groups Trump has attacked. Some of us don’t.”

“But as history has shown, it’s often only a matter of time before the ‘other’ becomes me,” the letter continued. “That is why we need to unite before it is too late–for the sake of our fellow Americans and for the sake of our democracy–and why it is so critical for those of us with the privilege to speak out to do so loudly and forcefully, in our work, online, and in our communities, with all the resources we have at hand.”