Hollywood is downright giddy after the first night of speeches at the Democratic National Convention.

On Monday night, Lady Gaga, Chris Rock and other performers shared their “chills” and excitement after hearing Michelle Obama, Sarah Silverman, Demi Lovato and Bernie Sanders speak on behalf of the presumptive Democrat nominee during the DNC. (RELATED: More Viewers Tuned In For The First Night Of The DNC Than The RNC) 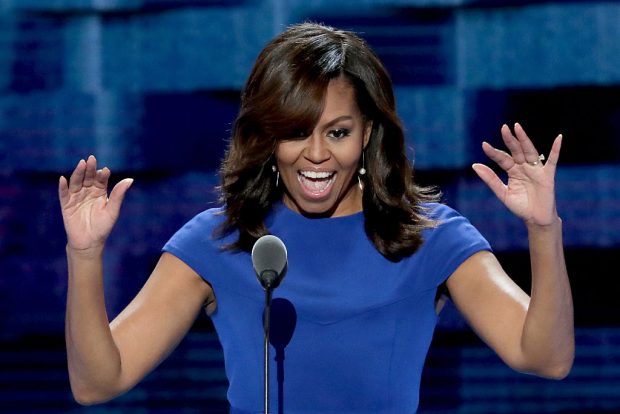 Michelle Obama makes me want to be a better man. #DemsInPhilly

Thank you you @SarahKSilverman for saying like it is. Bernie supporters on the floor should be embarrassed.

that was truly beautiful, bern

Philly. What a city. End of day 1 #DNC!!! @MichelleObama you blew my mind @CoryBooker what a speaker. The future of America is BRIGHT

“I want a President that will teach our children that everyone matters. We are all part of the great American story.” – @FLOTUS #DNCinPHL

These speeches at DNC is a reminder this Nation is the home of the brave! Because grace ,wisdom and growth is the bravest choice of all!