PHILADELPHIA — Democrats and the media are keeping cool in the 100-degree weather at the Well Fargo Arena and nearby tents thanks to industrial mobile air conditioning units.

Secretary of State John Kerry took heat for remarks he made Friday to an audience in Vienna, when he equated the threat of ISIS to that of the carbon pollutants caused by air conditioners.

“The DNC is now a national security threat, or anyway that they see being uncomfortable in their convention as a greater threat than the greatest threat that’s greater than ISIS,” Washington D.C. lawyer and Competitive Enterprise Institute Senior Fellow Chris Horner told The Daily Caller in an e-mail.

Powering these A/C units is the Exelon Corp., which announced Monday it was the official “zero-carbon” provider of the DNC convention’s energy. 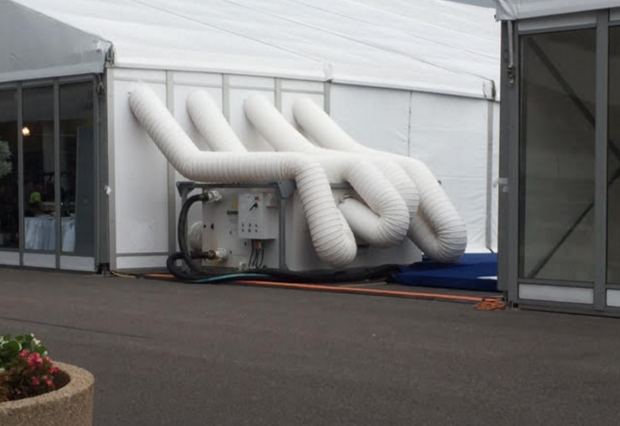 Exelon purchased carbon offsets, so it can claim the electricity used is clean, but officials at the Federal Trade Commission, The Wall Street Journal reported in January 2008, said that offsets that claim to represent global-warming emissions avoided somewhere else on the planet can be fraudulent in nature.

Corporations looking to brand themselves as “environmentally friendly” or “green” by the offsets claim they are “carbon neutral.” 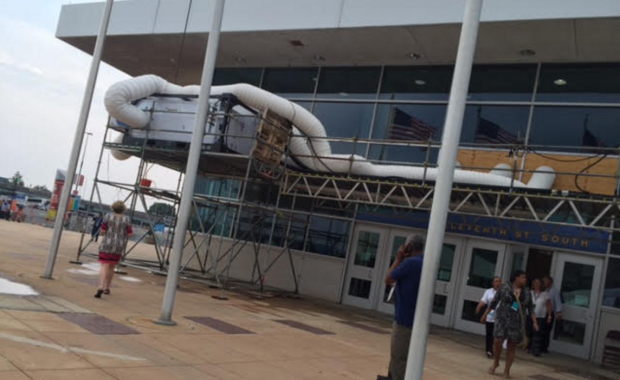 Ultimately, most facilities in Pennsylvania, like the Wells Fargo Arena in Philadelphia get power delivered from  Exelon’s Pennsylvania Energy Co-op (PECO), the largest electricity company in the state.  Exelon argued in a statement to The Daily Caller:

“Exelon does generate electricity, and our power generation fleet is one of the cleanest and lowest-cost in the nation, including nuclear, natural gas, hydro, wind, and solar. In fact, 64% of the energy we generate is from nuclear power, followed by 20% from natural gas,” adding that the energy they deliver is not 60 percent fossil fuel based and that “It is not possible to determine exactly where any particular location gets its electricity from.”

Milloy responded to Exelon’s statement saying, “So PECO doesn’t generate electricity, it matters not. About 60% of Pennsylvania electricity is fossil fuel-generated. That is what PECO is delivering. And no matter how you slice it, carbon offsets are bogus/fraudulent.” 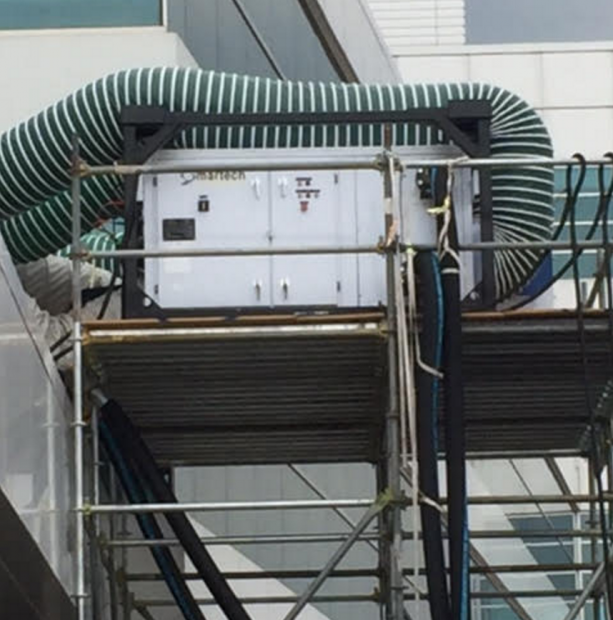 Exelon is also the largest nuclear facility in the country and heavily lobbied “Democrats in order to convince greens to bring nuke power back — e.g, have hired former Clinton EPA chief Carol Browner as a consultant and lobbyist,” Steve Milloy, publisher of JunkScience.com and senior legal fellow at the Energy and Environmental Legal Institute, told The Daily Caller in a statement.

The 2016 Democrat Party platform put forth a carbon tax plan and added language at the last minute, stating: “Democrats believe that carbon dioxide, methane, and other greenhouse gases should be priced to reflect their negative externalities, and to accelerate the transition to a clean economy and help meet out climate goals.”

*This article has been updated to include a statement from Exelon and Steven Milloy’s response.