“Whatever you thought of Sanders, Warren or Obama, Day One was mostly a disaster. The heckling was loud and distracting for the party. During her speech, Warren’s supporters chanted ‘we trusted you,’ and even some of the Sanders faithful filed out when he voiced support for Clinton. At times, the crowd broke out into spurts of “lock her up!” The first lady was the only speaker who was not interrupted — she mesmerized the crowd, summing up the Democrats’ position as, “when they go low, we go high.'” — Jake Sherman and Anna Palmer WITH Daniel Lippman. Read the rest of today’s Playbook here.

“It would be very meta if she borrowed some lines from Melania’s speech.” — Ben Pershing, managing editor, National Journal, during Michelle Obama‘s speech.

Paul Simon a little rusty on that song, but it’s OK!

More from the peanut gallery…

“This is a REAL convention.” — CNN’s Van Jones, reacting to comedian Sarah Silverman telling the “Bernie or bust” people that they’re “ridiculous.”

“On set at dnc, FNC stage manager said he didn’t have extra pillows for my seat. I said I can sit on my leg? He said that would be great. Ha!” — FNC’s Dana Perino.

Just a suggestion on Debbie Downer…

“What if Dems held an official Two Minutes Hate for Debbie at the opening of the convention? Would that help?” —  Allahpundit.

Cenk reminds people that Bernie has supporters at the DNC

“Bernie couldn’t quite [sic] the crowd when they started booing HRC. Then a chant of ‘We Want Bernie!’ started & lasted long time. #DemConvention” — Cenk Uygur, host of “The Young Turks” and all around big mouth.

“If a convention is not properly gaveled in, did it even happen?” — NYT Magazine’s Mark Leibovich.

An alternative perspective on DNC coverage

“You don’t have to get the crowd behind your sentiment to get your voice heard, you just have to be within earshot of a reporter.” — Leigh Munsil, political editor, TheBlaze.

“I will say this: the weather and logistics might be garbage but the music at the DNC is a billion times better than what was at the RNC” — Erin Gloria Ryan, deputy editor, Vocativ.

“@CoryBooker is a talented speaker, but he needs a little modulation and nuance here. Too caffeinated.” — David Axelrod. 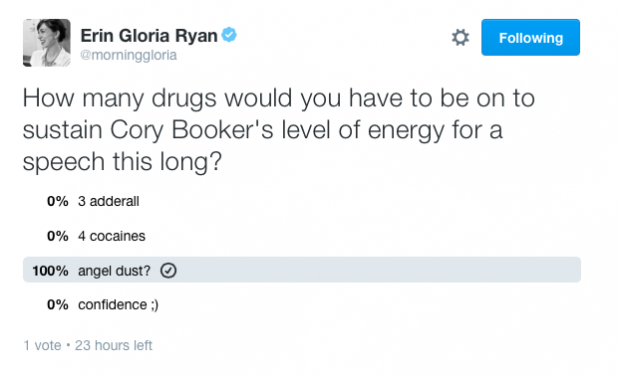 “Booker is like the yelly try hard , incoherent Obama. Not the same thing at all.” — Amy Otto, senior contributor, The Federalist.

The Truth Monkey is an anonymous reporter who works for Washington Free Beacon. 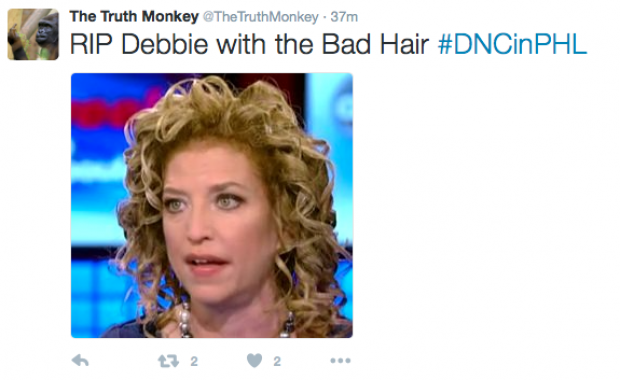 Note to readers: Still waiting on those MRI and/or MD results from Charles C. Johnson regarding his dustup at the RNC.