TBS has apologized after the network posted a video on its Twitter account comparing Hillary Clinton to a hyena. 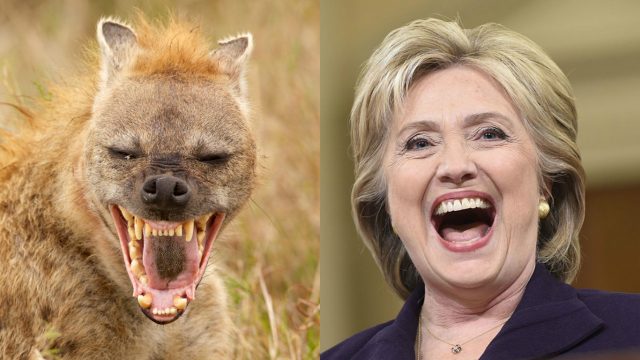 “Move over Donkey!” the caption — alongside a video that compared Clinton’s laugh to the zoo animal — read. “There’s a new mascot in town. #ImWithHyena.”

The video has now been removed from Twitter and YouTube. (RELATED: More Viewers Tuned In For The First Night Of The DNC Than The RNC) 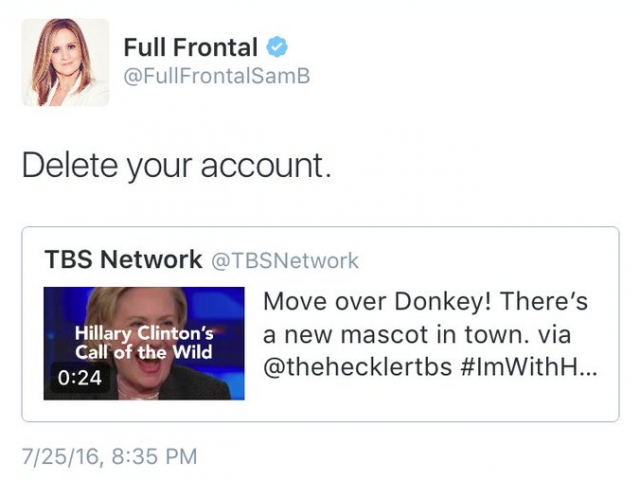 “This post was obviously a poor attempt at humor and has been taken down,” the network said in a statement on Tuesday. “Moving forward we’ll leave political satire to professionals like Samantha Bee.”

Bee, a comedian for the network, told them to “delete their account” after TBS posted the video. She later deleted her critical tweet. (RELATED: Michelle Obama Takes A Shot At ‘Make America Great Again’)