Donald Trump said “both sides do it” in defense of using unauthorized music at the Republican National Convention.

In an interview with the Hollywood Reporter, the Republican presidential nominee denied claims that his campaign used music by Queen, the Rolling Stones and other performers last week at the RNC without permission by saying “both sides” have heard complaints and insisted he did nothing wrong. (RELATED: Queen Is Not Happy Trump Used Their Song Again) 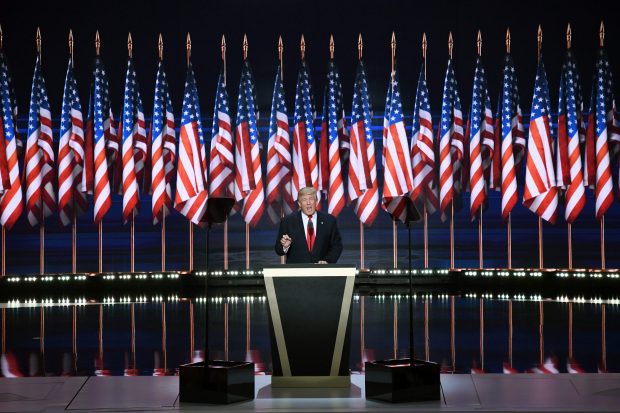 “I do know you can buy a right to use music if you pay a fee and I know we have bought the rights to the things we use,” Trump said. “I have heard on both sides that some people have complaints, but I do not know of the particulars, however.” (RELATED: Rolling Stones To Trump: You Can’t Always Get What You Want)

Both Queen and Rolling Stones posted from their official Twitter accounts that permission was never given to the Trump campaign for use of their songs during the RNC.

An unauthorised use at the Republican Convention against our wishes – Queen

Trump also addressed criticism he has received for the celebrities he chose to speak on his behalf at the RNC.

“I think we had, if you include my children and the great success that they had, I would say we had tremendous star power,” he said. “But I wasn’t looking for star power, I was looking for policy. I was looking for hope for people because people are not feeling good about where the country is and where it’s going.”