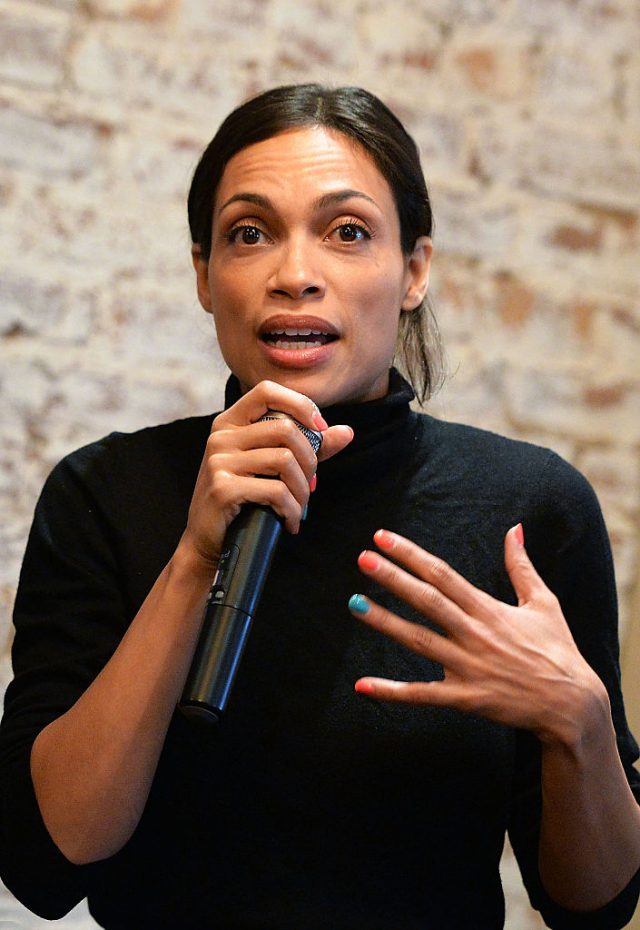 The 37-year-old actress — who has been a staunch Bernie Sanders advocate — said she doesn’t think Sanders supporters are completely convinced to vote for Clinton. (RELATED: Rosario Dawson, Who Supports Bernie Sanders, Was Just Arrested On Capitol Hill)

“There’s a lot of talk about unity, but we’re not feeling it, we’re not seeing it, it’s not being reflected to individual delegates I’ve spoken to … [there are] a lot of voters who didn’t even get to be counted, so that we’re not just saying unity, but trying to build it,” Dawson told the Young Turks.

After the hack of 20,000 emails from the Democratic National Committee, Dawson was infuriated to learn that party officials allegedly tried to sabotage Sanders’s campaign.

“When Debbie Wasserman Schultz resigns because of the DNC leaks and is immediately hired and there’s nothing in the statement from Hillary Clinton that even acknowledges the reason why she’s now available to run her campaign, there’s already a trust gap, there’s already a feeling that there isn’t integrity there,” Dawson said. (RELATED: Actress Unleashes Scathing List Of Hillary’s ‘Accomplishments’)

“They want not just our votes, they want that energy, they want that phone banking, they want that canvassing, they want what people were inspired to do for Bernie Sanders, and [supporters are] not feeling that inspiration. The narrative that’s being pushed is that there’s this wonderful unity that’s going on, and in reality, there [was] a huge walkout yesterday.”

“It has not been a fair fight. It’s been an ugly fight,” she continued. “The DNC leaks just showed this weekend that there was a willingness to be anti-Semitic in order to push back against Bernie Sanders. That’s big, and that’s not being acknowledged.”

“When I’m at the DNC and I’m seeing Trump’s name everywhere because ‘Love Trumps Hate,’ I want to know that that love is actually there. Saying that you’re better than Trump is not saying very much. I think it’s important that [Sanders supporters’] votes are earned and not just expected to be delivered.” (RELATED: Elizabeth Banks Thinks Donald Trump Had A Role In The DNC Email Hack)