Tim Kaine — Hillary Clinton’s 2016 running mate — bucked the party platform on Friday when he said he backed the Hyde Amendment during an interview on CNN’s “New Day.”

“One more issue, Senator. The Hyde Amendment that bans taxpayer funding for abortion — for or against it?” host Alisyn Camerota posed.

Kaine responded that he has “been for the Hyde Amendment.”

“I haven’t changed my position on that,” he reiterated. 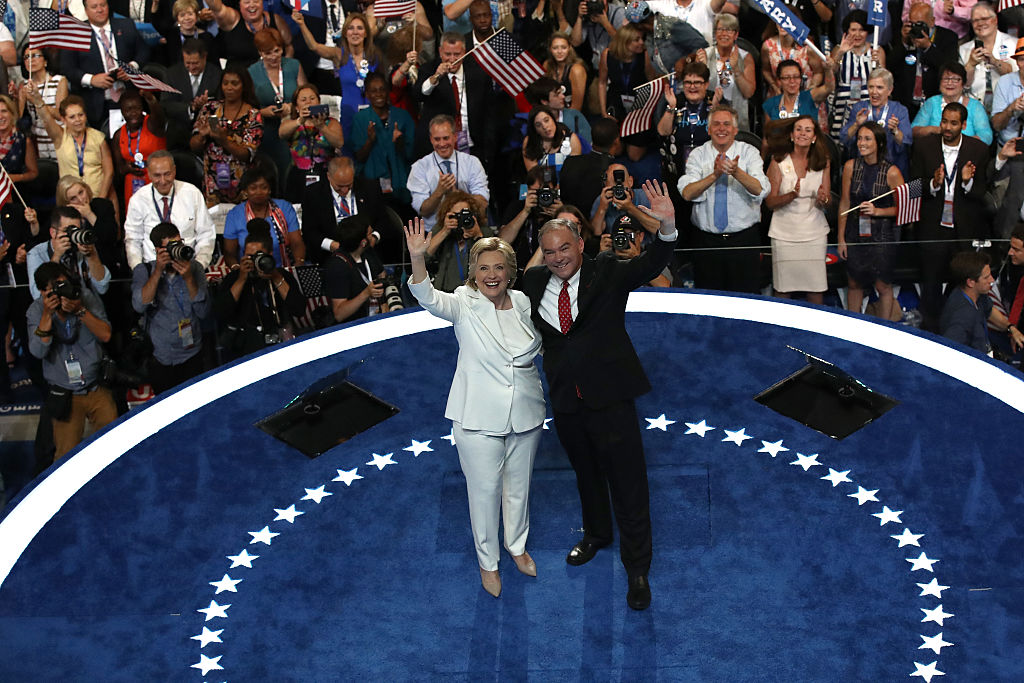 Hillary Clinton and Tim Kaine acknowledge the crowd at the end on the fourth day of the Democratic National Convention at the Wells Fargo Center, July 28, 2016 in Philadelphia, Pennsylvania. (Getty Images)

Camerota asked him a second time, “you’re still for the banning?”

“I have not changed my position on that,” Kaine repeated.

Kaine’s remarks come only days after joining Clinton in calling for a repeal of the amendment.

Bloomberg noted that Kaine had historically backed the Hyde Amendment, and Clinton campaign spokesman Jesse Ferguson said the decision showed a party alignment behind one of the platform’s core issues: protecting a “woman’s access to abortion.”

Clinton campaign manager Robby Mook added that “voters can be 100 percent confident that Tim Kaine is going to fight to protect a woman’s right to choose.”