Sheryl Sandberg believes Hillary Clinton is “the most qualified candidate” to be president. 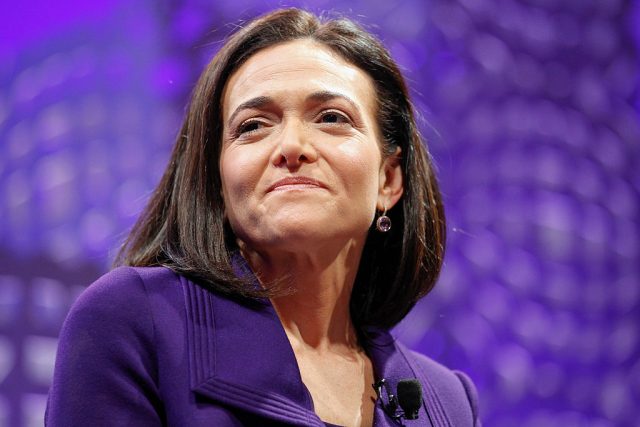 “Just a few years ago, I played a song for my kids that named all the U.S. presidents,” Sandberg — who recently denied rumors she would run for public office herself — wrote. “My daughter asked, ‘Mommy, how come they’re all boys?’ We are close to making my daughter’s question a relic of the past. Watching this historic moment with my children, I am thinking about our past and their future.”

“We need a leader whose policies reflect where we’re going, not where we’ve been. There is still so much to do—on equal pay, on equality in the workplace, on building a society where everyone has the chance to reach his or her potential, regardless of background, gender, race, or sexual orientation.”

“We need an economy that works for everyone, where opportunity is not just a promise but something that people experience in their daily lives.”

“We need a society that is safe and welcoming of all Americans—one that opens its arms to those who come here looking to work hard and build a life, just as my family did three generations ago. We need someone who celebrates America’s diversity and believes we’re stronger for it.”

“We need a leader who acknowledges that the American family has changed and is changing. Since the early 1970s, the number of single mothers in the United States has nearly doubled. Forty percent of families headed by a single mother of any race or ethnicity, live in poverty and that number is 46 percent for families headed by black and Hispanic single mothers. Yet our attitudes and policies do not reflect these shifts.”

“Such change will not happen overnight, but it will never happen unless we have role models and leaders who make these values their own. History is not a movie that plays out before us; it is the result of choices we make. And this year, our choice is clear.”