We’re halfway through HBO’s insidious crime drama, and the stakes are getting higher and higher for Naz — both physically and emotionally. 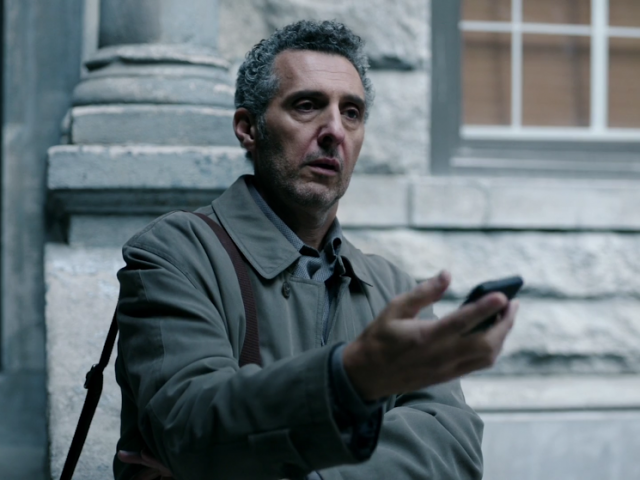 Stuck in prison, he’s without a doubt physically compromised. Remember last week’s fiery bed incident? Guards take away the charred remains of this early in the episode. His friend from last episode says, “You’re on your own.” As if that wasn’t already clear. (RELATED: ‘The Night Of:’ The Right Place at the Right Time)

Can’t say the same for Naz’s family, though, as the press hound and loiter outside the Khans’ home. This surveillance motif expands; it’s now literally permeating their daily lives. All Safar, Naz’s mother, can do is just watch and stare blankly outside the window. 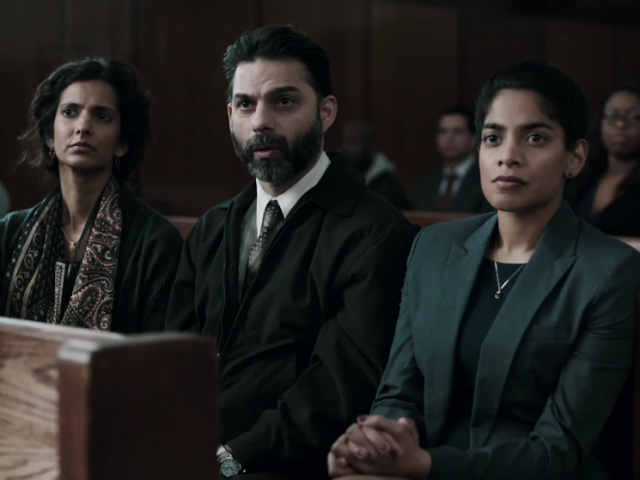 Naz makes a new “friend” in prison, who tells him to both at once look and don’t look someone in the eye — a puzzling feat for anyone, let alone a scared and lonely young man in prison. It’s good advice, but there’s an obvious mischievous ploy coming. Who helps someone in prison without wanting something in return? Side note: When he later explains tools of the prison trade to Naz, like to avoid card games and when to lift weights, it plays out like high school cliques. I guess, if everyone in high school was a criminal with access to shivs.

Elsewhere, John attends Andrea’s funeral. He’s still trying to figure out exactly what happened. He witnesses what could be a key piece of the case we’re missing — Don Taylor arguing with a mysterious man; he threatens him not to call him. I smell a phone record investigation coming.

John tracks down a rehab facility Andrea attended called Invictus House, and pays someone $350 from the facility for intel. John gives the photographed files to one of Naz’s lawyers, Chandra. Obviously, they’ll need a subpoena. But it’s a start. He wants $500 for them in return. Hey, even a sleazy, eczema-ridden lawyer needs to make a profit.

Naz’s trial is reverberating on more than just his parents’ lives, but his brother’s life, too. He was kicked out of school following other students provoking him into a fight and now has to take a leave of absence.

Alison Crowe, Naz’s head attorney, goes to meet with Naz and warns him not to look anyone in the eye, much like his new friend. Freddy sent Naz a change of clothes, and Alison commented it’s good he wasn’t in an orange jumpsuit. This is a good time to mention that Naz’s new friend is not a fan of Freddy. 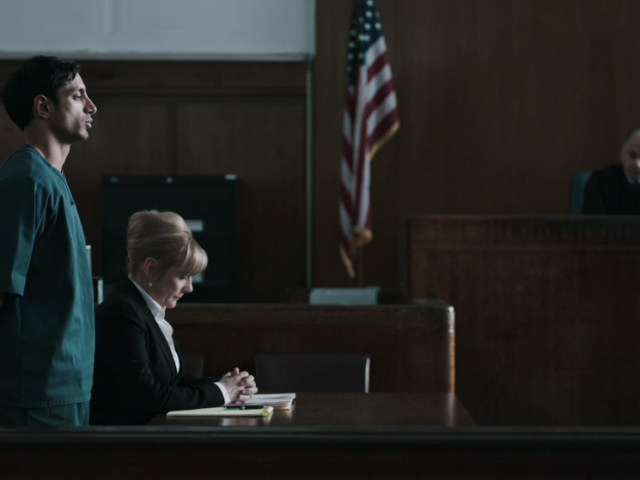 At his indictment, Alison fails to get Naz out of prison. She manages to make fun of John though, unnecessarily and cruelly. She addresses the press after the trial and Salim, Naz’s father, tries to interrupt her. She snaps at him, further showing her true colors. She’s just as much a bully as someone in prison, a clear parallel.

Naz’s hazing continued this week. An unidentifiable person literally slashes Naz’s arm as he returns to Rikers and he has to create a makeshift bandage.

He goes to see Freddy, who tells him his most prized possession is his high school diploma. I thought it was going to be his child, but that’s not here nor there.

Now we get to the episode’s title: “The Art of War,” which Freddy describes as one of the most popular books in prison. The other is “The Other Side of Midnight.” Freddy suggests he read “Call of the Wild,” though Naz notes he’s already read it. Freddy finally gives a reason for helping Naz: he’s like a care package for his brain. That may be true, but how long until Freddy grows tired of him? We also see what he can do with boxing gloves. It’s gritty, bloody and difficult to watch — but easy to imagine Naz on the other side of said gloves.

Meanwhile, John sleeps with a prostitute that he defended earlier and later receives a new prescription and treatment plan from a new doctor. Apparently, he wasn’t getting proper treatment (and shouldn’t have been scratching with a chopstick).

Alison meets with Helen Weiss, the prosecutor, and manages to negotiate her down to a charge of manslaughter one and 15 years in prison. All things considered, it’s a solid deal given the circumstances. Crowe takes it to Nasir and, of course, paints herself as the hero. “The Other Side of Midnight” pops up on his bed when he returns to it, with a sticky note on the back that says “Take that deal.” We see you, Freddy.

Chandra goes to see Naz on Alison’s orders to try and ensure his guilty plea. Chandra talks to him like a real person, and he thanks her for it. But she doesn’t do what her boss wants: She tells him point blank that if he did do it, he should take the plea, but that if he didn’t, he shouldn’t. Uh oh.

John shows up to the hearing and tells him to take the deal, which may be the first time he and Alison have agreed on anything ever. When prompted, Naz recounts the night of (ha) in court and literally tells the whole truth, including that he didn’t kill Andrea and he doesn’t remember what happened. Crowe says, “Are you kidding me?” Same. She later berates him and says he’s an idiot — and says she feels like killing him herself. Because that’s an appropriate thing to say.

She quits Naz’s case, though her firm will still be in charge of it with Chandra as his primary attorney. However, there’s a catch: It won’t be pro bono anymore. Is this where John comes back into the fold?

Back in prison, Naz’s “friend” from this episode — clearly off his rocker and not over the death of his niece and the revenge killing he made in the process — burns him with a lethal mix of baby oil and hot water, a skin-peeling solution he mentioned to Naz earlier in the episode. The camera panning right to the water faucet before this scene gave away what was about to happen ever so slightly, but didn’t feel gimmicky. That’s really what makes this show worth watching. Nothing is contrived.

My one looming concern, as is everyone’s: What did happen the night of? Does it matter who did it? Are we going to get any concrete details, or just possible scenarios?

We’re halfway through, and it’s not just the stakes for Naz getting higher, but viewers’ anxious, charged emotional investment.