Wooden pallets stacked with euros, Swiss francs and other currencies were flown into Iran on an unmarked cargo plane, according to these officials. The U.S. procured the money from the central banks of the Netherlands and Switzerland, they said.

Administration officials deny they were paying ransom for the hostage release:

Senior U.S. officials denied any link between the payment and the prisoner exchange. They say the way the various strands came together simultaneously was coincidental, not the result of any quid pro quo.

The White House claims the money represented the first installment of the $1.7 billion in the United States seized in 1979 after an arms deal with the Shah of Iran was halted following the Islamic revolution. 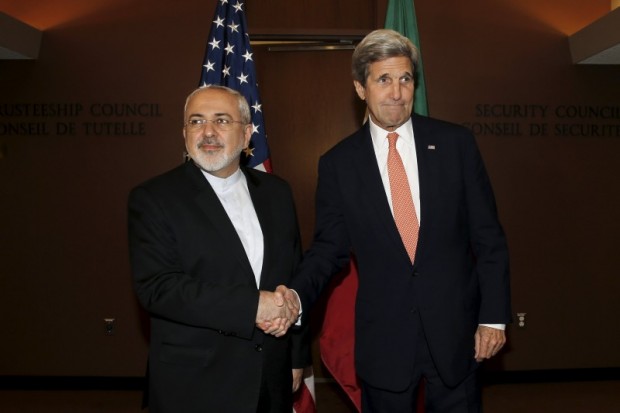 The Journal reports Iranian press as describing the cash payment as “ransom.”

Under current US sanctions, it is illegal to conduct transactions with Iran in American dollars. As such, the Obama administration procured the $400 million in foreign currency.

As for why it was a cash payment, a US official with knowledge of the transaction told the Journal, “Sometimes the Iranians want cash because it’s so hard for them to access things in the international financial system. They know it can take months just to figure out how to wire money from one place to another.”

The Obama administration has always maintained they did not, and would not, pay ransom to anyone for the release of US hostages.

Government officials in the US and Europe would not confirm when the payload of cash was sent to Iran, but the Journal reports, “Iranian news site close to the Revolutionary Guard, the Tasnim agency, said the cash arrived in Tehran’s Mehrabad airport on the same day the Americans departed.”