On Monday, the rock band announced plans to sell t-shirts through their website with the saying “Raise your hand if you believe in science,” and all the proceeds will go to benefit the Democratic presidential nominee, according to Entertainment Weekly. (RELATED: Rock Band Mocks Audience At RNC Concert) 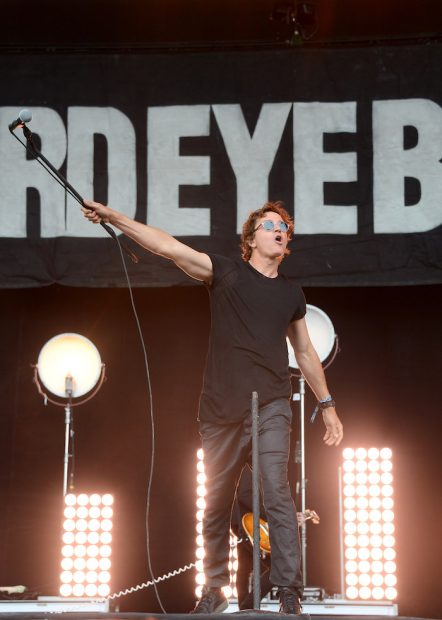 The lead singer of the band, Stephan Jenkins, trolled Republicans with the saying at a charity event concert in Cleveland during the Republican National Convention when he criticized the crowd for their stances on climate change and gay marriage.  (RELATED: Third Eye Blind Explains Why They Blew The Cleveland Charity Event)

After the show, Jenkins explained in an interview on CNN why he did it and said that he wasn’t against Republicans, just Donald Trump and his supporters.

1
'You Are Something Else': Trump Chastises PBS Reporter After She Interrupts Him With Questions During Bill Signing
Media
2
15 People Died In The Protests And Riots Following George Floyd's Death. Here's Who They Are
US
3
'There's Always An Angle': Tucker Carlson Has A Theory About Why Some Big Corporations Are 'Paying' For 'Riots'
Media
4
'You Lost Me': Retired Marine Criticizes Mattis Over Letter About Lafayette Park Protesters
Politics
5
Andrew Cuomo Complains That Looters Are Getting Out Of Jail — His Bail Reform Opened The Door
Politics