Donald Trump has had a rough week. President Barack Obama said on Tuesday that Trump was “woefully unprepared” for the U.S. presidency, and Jeb Bush’s top advisor says that she will vote for Democratic nominee, Hillary Clinton, if the Florida presidential race is close. A new CNN/ORC poll shows Clinton leading Trump by nine points — a rapid turnover from Trump’s lead just a few weeks ago.

To understand why Trump has recently come under so much criticism, The Daily Caller News Foundation has put together his five most outrageous gaffes, jokes and jeers from this past week. But don’t feel too badly for Trump — after all, he is a firm believer that “all press is good press!”

1. Donald Trump kicked out a crying baby out of his own event. 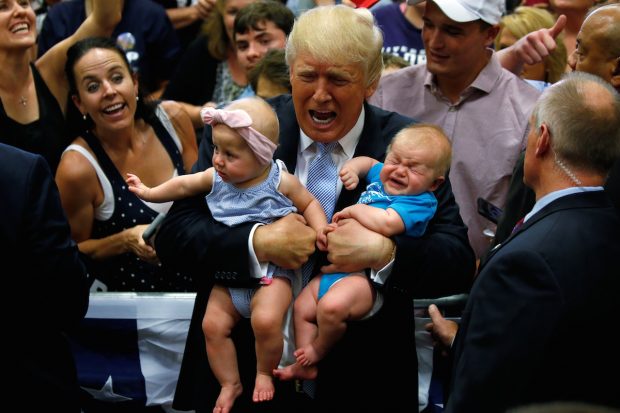 A Tuesday rally in Ashburn, Virginia grew a little awkward after Trump asked a parent with a crying child to “get that baby out of here” a few minutes into his speech. At first, the Republican nominee welcomed the young babe, saying, “I hear that baby crying, I like it. What a baby, what a beautiful baby. Don’t worry.” But as the crying continued, Trump changed his tune. “I was only kidding, you can get that baby out of here,” he said to laughter, with a slight smirk.

The baby-booting received national attention from media outlets. Ryan Lizza, a journalist for The New Yorker, tweeted, “Trump will definitely eat a live puppy by November. It’s the only thing left.”

2. Trump escalated a feud with the Muslim parents of a dead U.S. soldier. 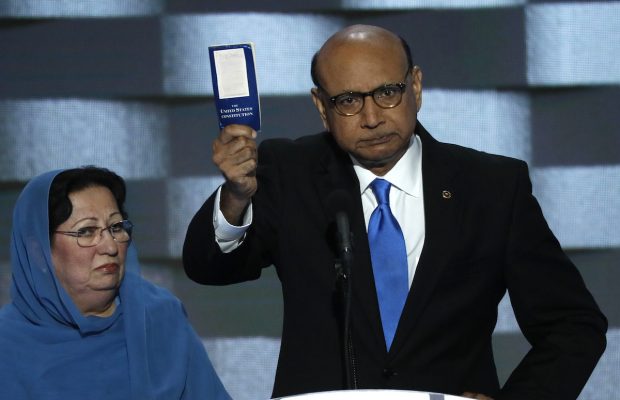 Khizr Khan, the father of fallen American soldier Humayun Khan, criticized Trump in a speech at the Democratic National Convention on July 28, claiming that Trump has sacrificed “nothing” for his country. In typical Trump fashion, the Republican nominee did not back down from the comments and instead questioned why Khizr’s wife did not speak. “If you look at his wife, she was standing there, she had nothing to say, she probably — maybe she wasn’t allowed to have anything to say, you tell me,” he said in an interview with George Stephanopoulos. He also said Mr. Khan seemed like a “nice guy” and that he wished him “the best of luck.”

Trump faced immediate backlash for attacking a Gold Star family. Sen. John McCain said on Monday that he “cannot emphasize enough how deeply [he] disagrees with Mr. Trump’s statement.” Although Paul Ryan did not specifically mention Trump, he issued a statement praising the Khan family and rebuking Trump’s ban on Muslims.

“The New York Times is so unfair. I mean they write three, four articles about me a day. No matter how good I do on something, they’ll never write good,” he said on Monday. It’s not clear whether Trump meant The Times never writes “good” things about him, or that they don’t write well. Either way, his  grammar needs a little work. MSNBC’s “Morning Joe” likened Trump’s comment to this comedic clip from Zoolander. 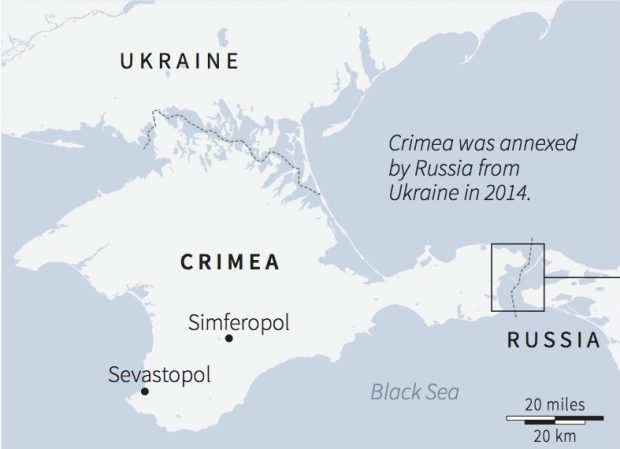 In an interview with ABC’s George Stephanopoulos, Trump told viewers that Putin wouldn’t invade Ukraine — even though Putin has already done just that, seizing the country’s Crimean Peninsula in 2014. Stephanopoulous responded, “Well, he’s already there, isn’t he?” Trump replied, “OK– well, he’s there in a certain way. But I’m not there. You have Obama there. And frankly, that whole part of the world is a mess under Obama with all the strength that you’re talking about and all of the power of NATO and all of this.”

Trump came under rapid fire for the remarks, with the media suggesting that Trump had little knowledge of the situation in Ukraine. Former CIA Director Michael Hayden said his statements were “devoid of facts and divorced from traditional American, traditionally European policy.” The Republican nominee later tweeted that he meant Russia would never invade Ukraine if he were president and that Putin was “already in Crimea!”

Additionally, as Vox pointed out, Trump has repeatedly demonstrated knowledge of Russia’s invasion of Ukraine.

5. Trump hopes his daughter would just “find another company” if she were sexually harassed. 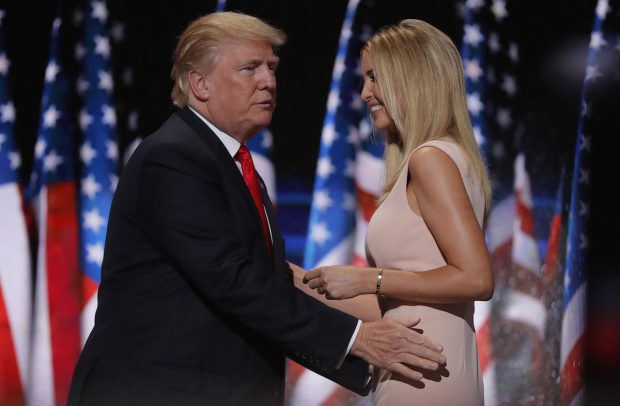 Trump has continued to defend his long-term buddy Roger Ailes, the former Fox CEO accused of sexual harassment by news anchor Gretchen Carlson. But when Fox’s Kirsten Powers asked Trump what his own daughter — Ivanka Trump — would do if she were in Carlson’s position, he said he hopes his daughter would simply “find another career” or “find another company.”

Feminists took issue with this, saying that for someone with less means, simply finding another job can be difficult. In Trump’s defense, his companies employ a large number of female executives, many of whom speak highly of the workplace culture.