A Facebook post advertising the sessions says, “We have the large 50 metre pool on a permanent basis. Starts this Friday inshallah. Please share with all friends and family.” 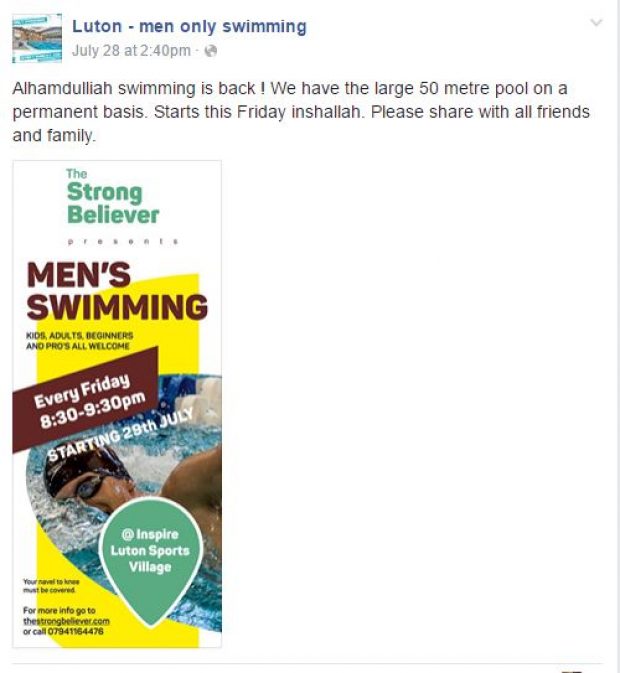 An advertisement for the event informs swimmers that “Your naval to knee must be covered.”

“I have asked a team leader about it — as there are no managers at the weekend — and he said it was a ‘cultural thing,'” one female swimmer told the Mail. “Why has one section of the community in Luton been allowed to dominate and take over the best pool in the borough?”

The Sun reports that the women’s swimming sessions will take place later in the evening and will cost more than the men’s sessions.

Census data shows approximately a quarter of the town is Muslim. Of the Luton’s 184,371 residents, 49,991 of them are Muslim, making Islam the town’s second largest religion.

Less than half of the town is Christian and just 0.2 percent of Luton is Jewish. Hindus, Buddhists and Sikhs each outnumber Jews in Luton and collectively the three religions make up 4.8 percent of the city’s population. The Muslim population in the town has increased 85.4 percent since 2001, while the Christian population has decreased by 12.5 percent and the Jewish population has fallen 39 percent over that same time period.