Shannon Doherty said she has five years left to live. 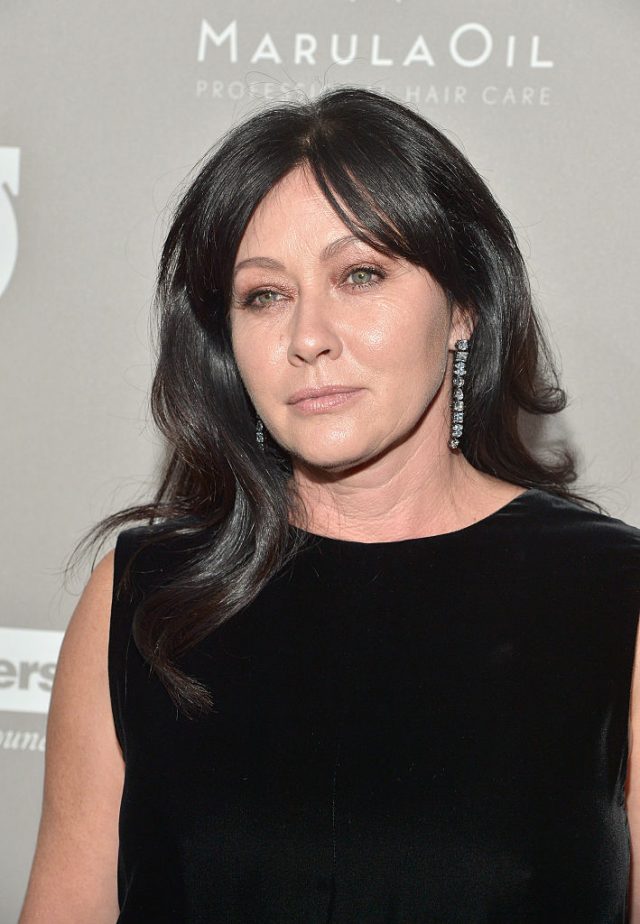 The 45-year-old actress — who starred in “Charmed” and “Beverly Hills, 90210” — revealed the devastating moment she told her husband Kurt Iswarienko the news.

“I told him, ‘You need to enjoy every single second you have with me because I’m going to be dead in five years,’ and he just burst out in tears,” Doherty said during an interview with Entertainment Tonight.

“I called him, which was horrible of me,” she said. “I was in the car. I was with my mom, and the doctor called me and I’m, you know, ‘I’m going to wait until I see him,’ and I just couldn’t. So I picked up the phone and I called him and he was like, ‘Where are you?'”

Doherty was diagnosed with breast cancer in February 2015, and she recently revealed that it has spread to her lymph nodes. She has undergone three rounds of chemotherapy. (RELATED: Shannon Doherty Blames Business Manager For Breast Cancer, Sues)