GOP presidential contender Donald Trump is always screaming at the media to accurately portray his crowds.

So Breitbart News did the next best thing — they ran a story featuring one of his rallies accompanied by a photograph of the LeBron James parade after the Cleveland Cavaliers won the finals. 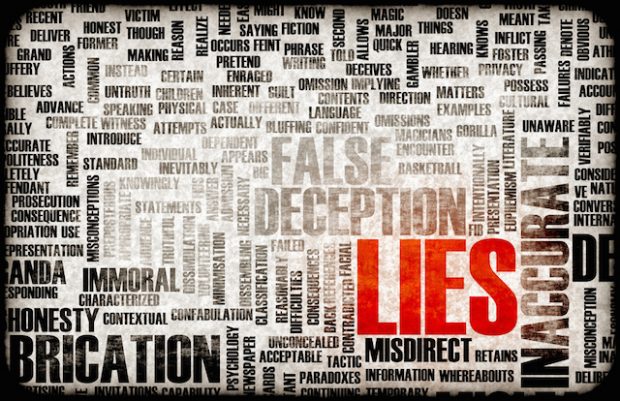 A follower on Twitter pointed out the, ahem, error and Breitbart removed the picture.

But what would possesses an employee at the site to do such a thing in the first place?

How would a reporter or an editor possibly confuse a championship parade for LeBron James and his teammates in Cleveland, Ohio for a Trump crowd in Jacksonville, Fla.? The two states couldn’t look more different. The two men could not pass for third cousins.

Jason Sparks, a President Obama IT alum, noticed the deception and summed up the whole thing well, saying, “This picture is from the Cleveland Cavs championship parade. But Breitbart News has attached to this Trump rally photo today from FL because nothing matters.”

Incredibly, McNeal is the digital media coordinator at the Greater Jacksonville Fair Association.

Considering that LBJ convinced Justin Bieber to turn down $5 million to perform at the RNC, The Mirror does not think he’d be amused by Breitbart News — whose tech editor Milo Yiannopoulos calls Trump “Daddy” — using his parade to depict a Trump rally.

The Mirror sought comment from Breitbart News editors Matthew Boyle and Alex Marlow. Neither editor immediately replied to my inquiry. But then again, Marlow never responds and Boyle’s response rate is occasional. 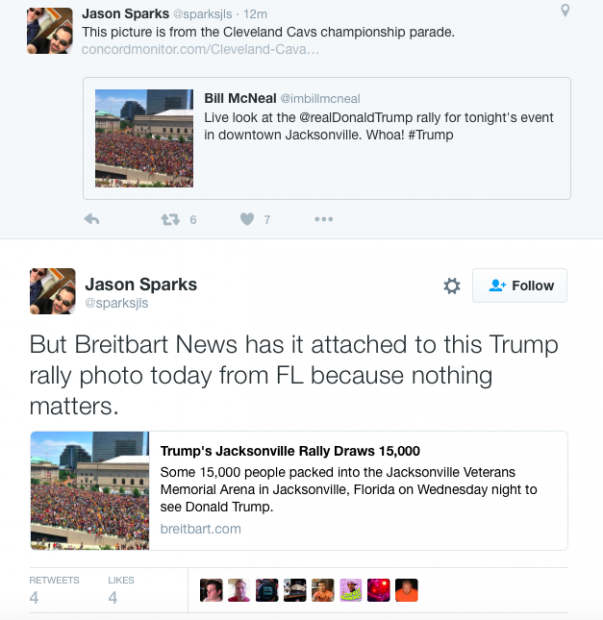 1
NASCAR's Ryan Newman Is 'Awake' After Fiery Crash. Here's What We Know
Sports
2
Rosario Dawson Answers Questions About Her Sexuality Amid Relationship With Sen. Cory Booker
Entertainment
3
Mike Bloomberg Said Elderly Cancer Patients Should Be Denied Treatment To Cut Costs
Politics
4
DOJ Taps U.S. Attorney To Oversee Matters That 'Potentially Relate To Ukraine'
Politics
5
Woman Jumps On Car During Argument. It Might Be The Craziest Thing You See All Day
Editorial