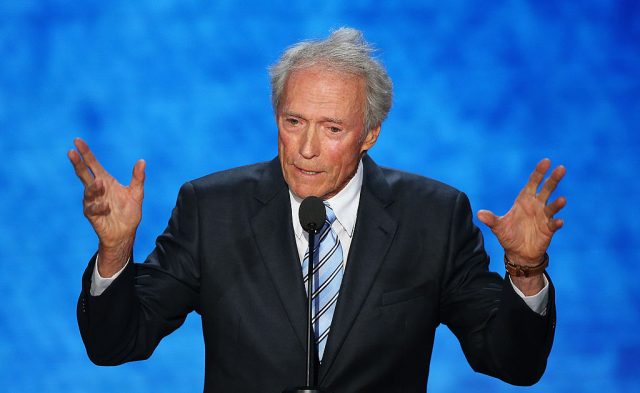 The father of a Muslim soldier killed in Iraq has been embroiled in a feud with Donald Trump ever since he spoke at the Democratic National Convention. After he spoke, Trump criticized the family and asked why the mother wasn’t also allowed to speak — implying it was because of female subservience expected in traditional Islam.

[dcquiz] “I think he made a mistake by making fun of the guy’s dead son, but that’s his business,” Eastwood told a TMZ photographer Wednesday night. “I don’t think you have to be too politically correct, but you don’t have to be rude to somebody.”

“But also, the guy was being exploited by a political party. That’s no good either. Whether either party does it, exploitation shouldn’t take advantage of some poor slob.” (RELATED: Clint Eastwood On Hillary Clinton: ‘It’s A Tough Voice To Listen To For Four Years)

At the convention, Khan said Trump “consistently smears the character of Muslims.” (RELATED: Pocket Constitution Sales Are Through The Roof After Khizr Khan’s Speech)

“Let me ask you,” Khan said to Trump, “have you even read the United States Constitution? I will gladly lend you my copy.”

“In this document, look for the words ‘liberty’ and ‘equal protection of law’. Have you ever been to Arlington Cemetery? Go look at the graves of brave patriots who died defending the United States of America.”

“You will see all faiths, genders and ethnicities. You have sacrificed nothing and no one.”

“We cannot solve our problems by building walls, sowing division. We are stronger together. And we will keep getting stronger when Hillary Clinton becomes our President.”