Forty-five Haitian migrants on their way to the U.S. were rescued by Mexican authorities after their bus was stranded last week. They proceeded to lie about being from Africa and were given a 30-day pass to travel freely.

“Migrants have learned to lie about their nationality on their journey from Mexico to the United States, and the country that best receives political asylum is Africa,” Patrick Murphy, director of the Casa Del Migrante, told El Universal. It was revealed they were really Haitian when they stayed at Murphy’s hostel in Tijuana.

The original news article that described them as being African said their final destination was New York. The 45 Haitian migrants were part of a group of 52 who were taking a bus to Tijuana. 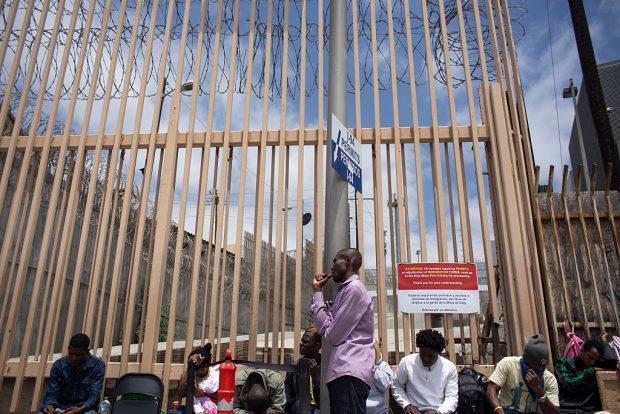 Jonas Despinasse (C), from Haiti, stands as he waits with other migrants for the Custom and Border Protection agents to seek for asylum in the United States, on the Mexican side of the San Isidro Port of Entry on May 26, 2016, in Tijuana, northwestern Mexico.
On the past couple of weeks some 600 hundred migrants, mainly from Haiti and some African countries, arrived to Tijuana to try to ask for asylum to the U.S. government through the local points of entry. / AFP / GUILLERMO ARIAS (Photo credit should read GUILLERMO ARIAS/AFP/Getty Images)

Tijuana has recently had an influx of migrants from overseas who are seeking asylum in the United States. A June Excelsior article describes Afghans, Ethiopians, Pakistanis and other foreigners gathering in Tijuana with the final goal of going to San Ysidro, Calif., and seeking political asylum.