During his Thursday press conference, President Barack Obama stated that he is not worried about Donald Trump receiving classified security briefings.

“As far as Mr. Trump is concerned, we are going to go by both tradition and the law,” Obama stated. “If somebody is the nominee, the Republican nominee for president, they need to get a security briefing.” (VIDEO: Obama — Trump Is ‘Unfit’ To Be President)

Obama explained that the briefings are a necessity, “so that if they were to win, they are not starting from scratch in terms of being prepared for this office.” 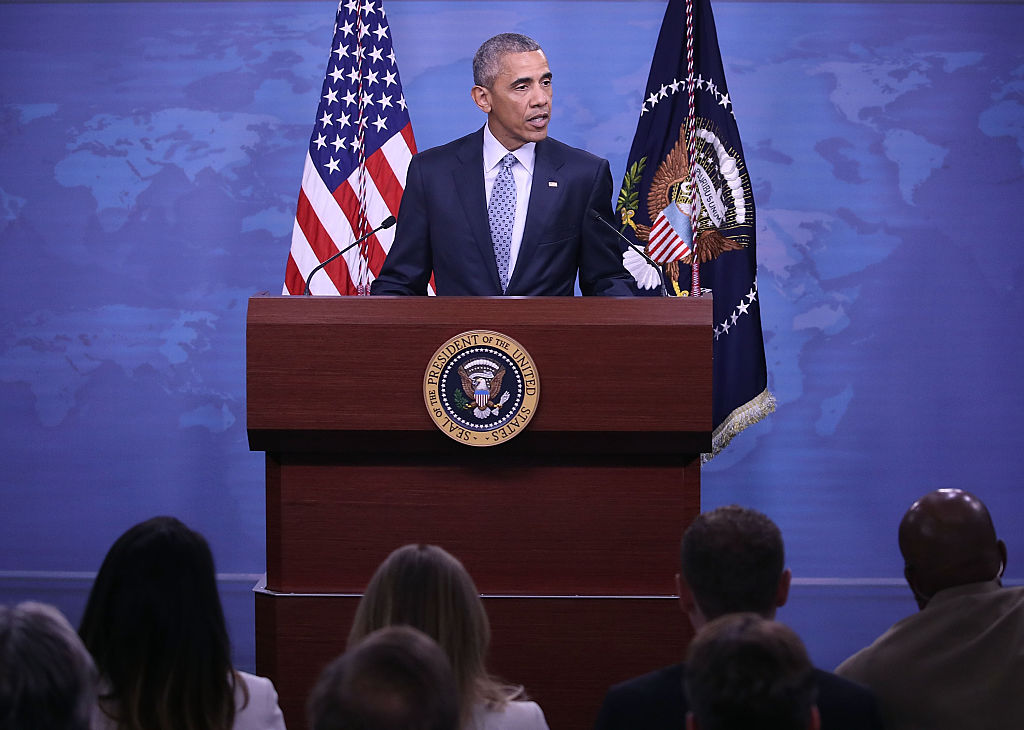 “I’m not going to go into details of the nature of the secure briefings that both candidates receive,” he added. “What I will say is that they have been told these are classified briefings, and if they want to be president, they have to start acting like a president.” (VIDEO: Trump Calls For Barring Hillary From Receiving Intelligence Briefings)

“That means being able to receive these briefings and not spread them around. I think I’ve said enough on that.”

1
Trump Name Drops Matt Drudge At Colorado Rally: 'He's Starting To Like Me Again'
Media
2
Bloomberg Office Vandalized, Campaign Immediately Suggests Bernie Sanders Is To Blame
Politics
3
Roger Stone Files Motion To Disqualify Judge Handling His Case
US
4
Biden Has Claimed Several Times He Was Arrested In South Africa While Trying To Visit Nelson Mandela -- But A Former UN Ambassador Disputes His Claims
Politics
5
We Checked In With Post-Impeachment Adam Schiff, And As Expected, He's Gone A Little Mad
Editorial