A new study from Radio One, Inc. — the largest black-owned multi-media company in America — and Edison Research released Thursday revealed the “true state of race relations in this country.”

The study surveyed 1,505 adults from July 15-18, following the police shooting of black men in Louisiana and Minnesota and subsequent ambush and murder of five Dallas police officers, and it shows that blacks and whites hold remarkably similar opinions on police brutality and possible solutions.

Ninety-one percent of all survey participants agree that there is discrimination against blacks in the United States. 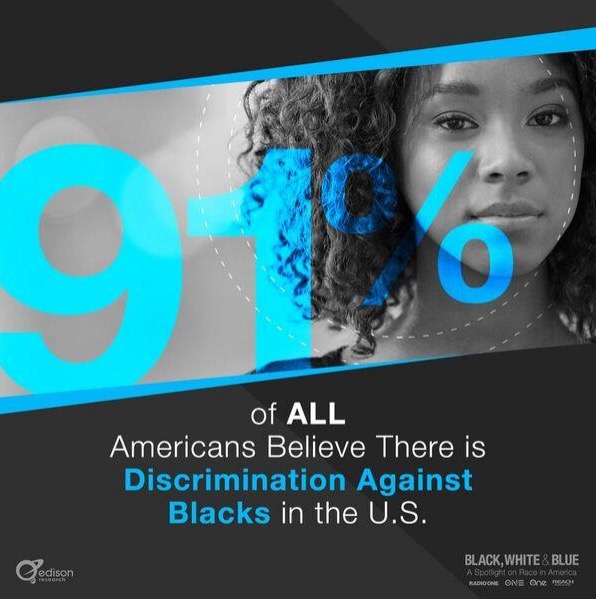 However, both blacks and whites overwhelmingly agree that the “relationship between black America and the police” has worsened under President Obama. 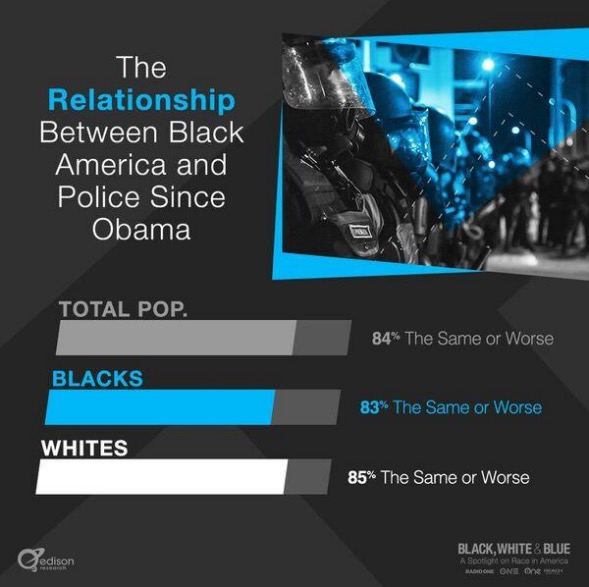 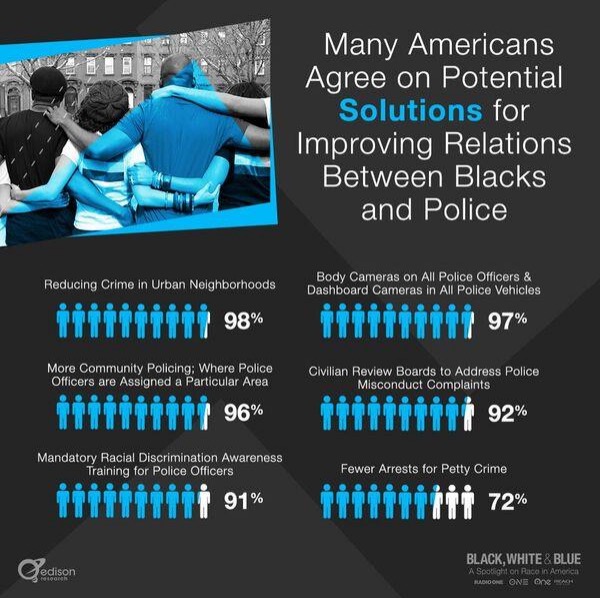 A divide does materialize when Black Lives Matter enters the equation.

72 percent of all survey participants said they understood “why blacks are participating in the movement,” but white participants felt the group is much likely to divide the country and encourage violence. 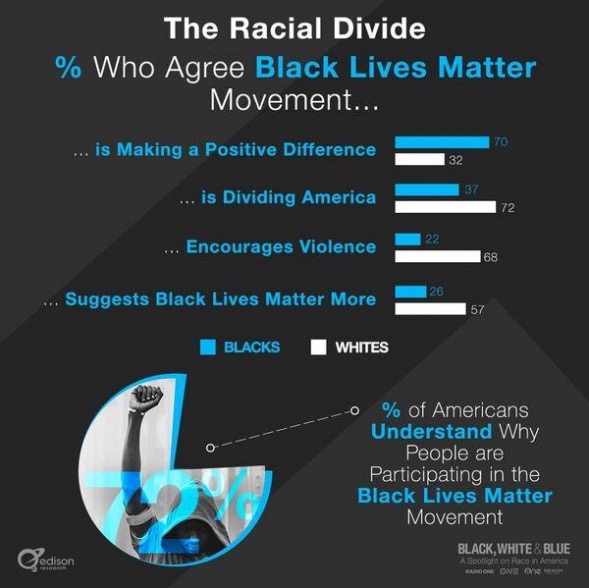 You can read the entire study below.

Black White and Blue Study_Release_final by Christian Datoc on Scribd