Donald Trump tweeted Friday morning that the plane he referenced during Thursday’s campaign rally was not in fact the aircraft responsible for delivering the Obama Administration’s secret $400 million payment to Iran.

The media lambasted the Republican presidential nominee for claiming to have seen a “non-existent” video of the cash payment, which the White House has insisted was not a ransom, on the tarmac in Iran.

TV networks increasingly call Trump out in real time for his inaccuracies. pic.twitter.com/OnZt68mSss

“The plane I saw on television was the hostage plane in Geneva, Switzerland, not the plane carrying $400 million in cash going to Iran,” the real estate mogul tweeted. (RELATED: White House Admits — Iran Might Use $400 Mil. To Sponsor Terrorism)

The plane I saw on television was the hostage plane in Geneva, Switzerland, not the plane carrying $400 million in cash going to Iran! 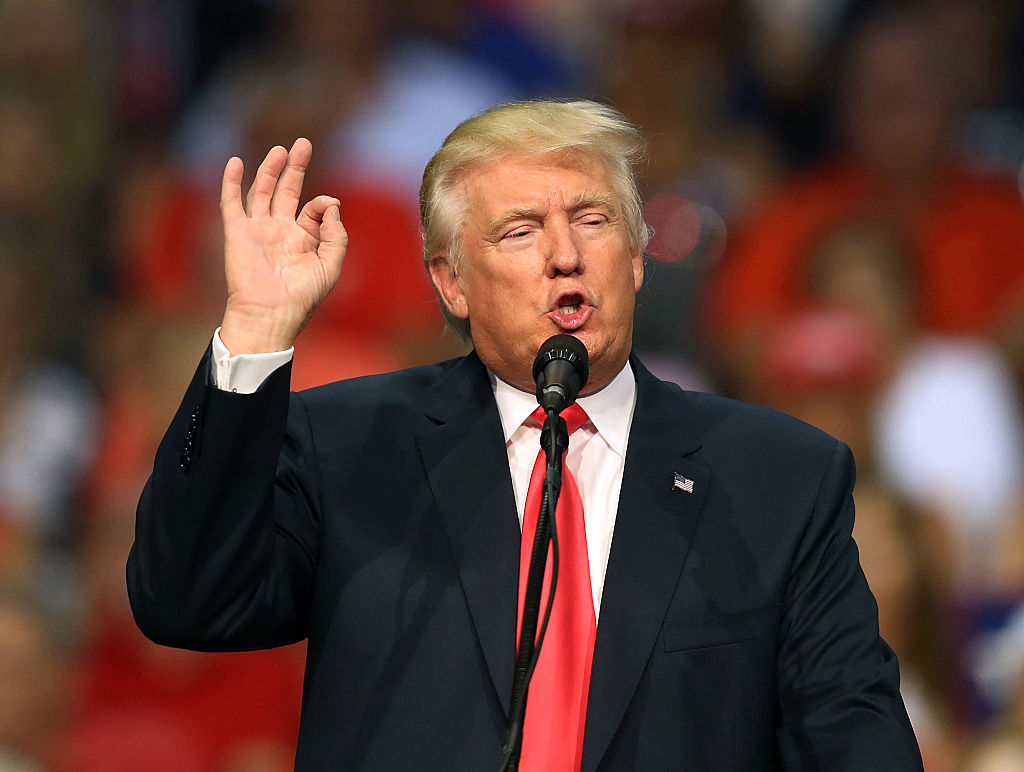 Donald Trump speaks during his campaign event at the Ocean Center Convention Center on August 3, 2016 in Daytona, Florida (Getty Images)

“Hillary Clinton and President Obama bear the direct responsibility of destabilizing the Middle East, having let ISIS take firm hold in Iraq, Libya and Syria, not to mention their allowing Americans to be slaughtered at Benghazi,” he wrote.

Trump blamed Clinton’s “pawn[s]” for trying to “change the subject in a week when Clinton’s role in putting Iran on the path to nuclear weapons and this Administration being called out for sending $400 million in cash to the world’s largest state sponsor of terrorism is on every front page in the country.” (RELATED: CNN Show Trashes Trump 200x More Than Covering Obama’s $400 Million Iran Payment)

“Hillary Clinton has bad judgment and is unfit to serve as President.”