Whether the 40-year-old has a chance in a million is a mystery.

But every possible presidential contender needs a doppelgänger.

Sure…it’s the bald thing. But it was either Dwight or a Q-tip. 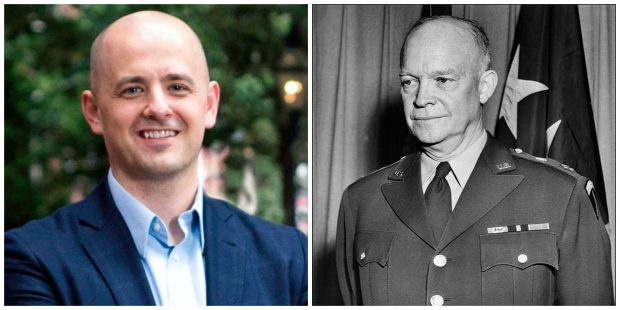 “Picture dated 1952 of the former Commander in chief.”