It might be time to accept it: Nasir Khan could have actually killed Andrea Cornish. Though by this episode’s close, one major suspect popped back into the fold. 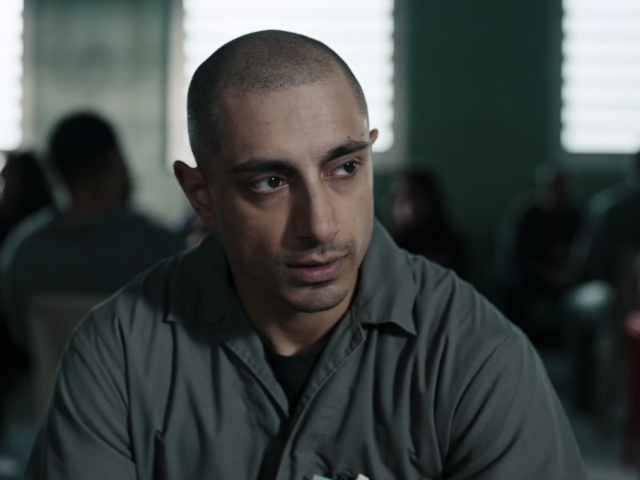 We’re reminded early on — and throughout the episode, naturally, as John’s sympathetic narrative is the series’ major subplot — that John is going through some physical and emotional struggles. He’s trying that UV light therapy for his eczema; he goes to speak at his son’s school and embarrasses him.

But John did score something pretty huge: A chance to prove Naz’s innocence with a $30,000 paycheck from Chandra. Ka-ching.

Naz got pretty cozy this week in prison, thanks to Freddy’s protection. He now has his own room and Freddy even gives him the chance to beat up the man who threw that chemical mixture on him last week. Naz kicks him once, but after he provokes Naz, the ingenue criminal strikes back. Forcefully — and repeatedly — he kicks and punches him, sending him to the ICU, Freddy says later. Naz’s ability to snap into something completely out of character suggests that in a certain state, he’s capable of anything. This even impresses Freddy: “You got some secrets in you, don’t you? And some rage. I like it.” You may be the only one, Freddy. 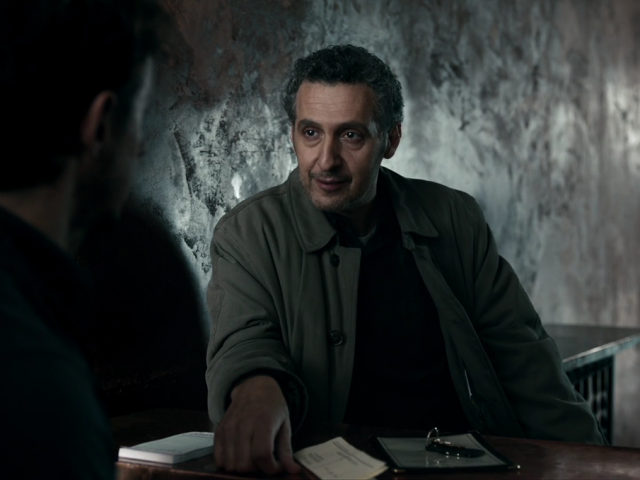 Elsewhere, Helen wants Box to map out Naz’s night to help their case. It’s filmed seamlessly: Box drawing Naz’s route, with the audience reliving it through flashbacks. The camera pans deliberately to a credit card statement and phone log, clearly a diligent effort on Box’s part. We also learn he’s possibly retiring — quite a case to go out on.

John decides to take Andrea’s cat in himself, though obviously gives it its own room, because allergies. He even offers it to that prostitute from last week, who it turns out he can’t sleep with on account of his new medication inhibiting his sex drive. He tries to solve this issue by getting pills from someone in a bathroom, only to fail to escort his, um, escort away from a bar. He really can’t win.

It’s looking like Naz really can’t win either — especially when he decides to SHAVE HIS HEAD this week. My god, what on earth would possess him to startlingly change his appearance before trial? Freddy’s influence can’t be that strong just yet — can it? Oh, it can. 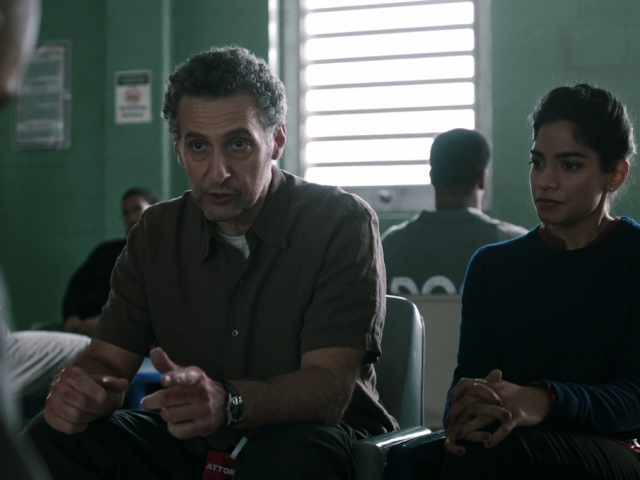 Naz seems like part of the gang, hanging out in Freddy’s room. Freddy’s a fan of chess, which makes sense considering his ability to play literally everyone around him. Slick metaphor, except it doesn’t remain a metaphor for that much longer. Freddy asks Naz to swallow drugs that someone’s visitor is bringing in…and then, you know, deliver them. Naz does the deed, gagging all the way through a conversation with John and Chandra, and later starts pooping them out.

Unlike Naz himself, John and Chandra are working hard this week to save Naz’s life. John tracks down a man who might have given Andrea drugs; turns out he was right. He gave her ecstasy and ketamine. The two also have a forensics expert come and check out her apartment.

What’s important to note here is that both Andrea and Naz took ketamine the night of (not cocaine, as postulated). But only Naz had amphetamine (speed) in his system, per the toxicology report. Yes, Naz, the goody-two-shoes was taking Adderall, because college. And now it could legitimately hurt his case.

What could save his case, though, is another key element of the night of. Helen questions Trevor during this episode as a possible witness to testify, though quickly crosses him off her list (literally). Naz reveals to Chandra and John that Trevor wasn’t alone that night, which prompts John to track him down. He insists, after some cajoling, that a man named Duane Reade was with him. Yes, like the pharmacy. It’s apparently the truth; a light humor in all this darkness.

John goes after Duane (though Chandra does not want him to, like any sane person) and lies and tells him he’s Traver’s lawyer. Duane RUNS away and John follows; does that mean he did it? Regardless, seems like he knows something. John has a crowbar-like weapon with him as he looks for Duane down in a dark basement. The episode closes with what could be flashing police lights…though it’s also how the episode opens, the light being from John’s UV light. My take? It’s just clever mind games to get reviewers to overanalyze it.

One last tid-bit: It’s clear the whole judicial system is a game of bartering in the show’s world. Even Helen’s chat with the pathologist — where he gives examples of several possible testimony scenarios — confirms this. So is this trial just another inconsequential case in a very consequential system? Sigh.