CRAIG, Colo. — Coal, from extraction to use as a generation source, forms the literal bedrock of Craig. 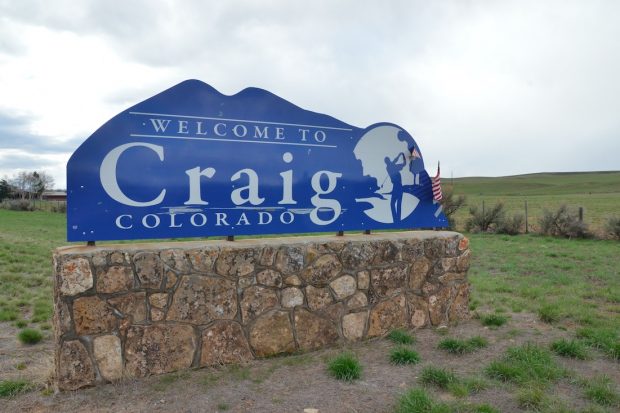 The past few years have shaken the once quiet town, as an onslaught of federal government regulations and actions by environmental activists bent on keeping Moffat County’s key natural resource in the ground have sparked concerns not only over the future of coal, but the future of the region itself.

Colorado’s second largest in total land area, Moffat County comprises more than 4,700 square miles of land including remote wilderness areas like Dinosaur National Monument. The county has fewer than 14,000 residents however, in a space roughly the size of the state of Connecticut or larger than Delaware and Rhode Island (2x) combined.

The roughly 9,000 residents of the city, situated 200 miles northwest of Denver, have been on edge the past few years as they endured wave after wave of uncertainty, from a potential endangered species listing for the greater sage grouse to awaiting the unveiling of the administration’s most ambitious environmental rule: the Clean Power Plan regulation targeting coal-fired electrical generation units. Then there’s the state renewable energy mandate, seeking 30 percent renewable energy by 2020. Add in a pair of lawsuits challenging the environmental permitting for the Colowyo and Trapper mining operations, two nearby coal mines that provide the raw, low sulfur subbituminous coal for Craig Station.

It has become, as the American Energy Alliance called the city’s predicament in 2012, a “perfect storm” for Craig, and an instructive lesson in how onerous regulations and disruptive activism can work to bury a town–to kill it in order to save it.

A bumper sticker declaring “WildEarth Guardians = Terrorism” features prominently on the drive-thru window of Clyde Hettinger’s Dark Horse Discount Liquor store. Hettinger isn’t shy about publicly displaying his support for the driving source of the region’s economic engine or in his description of the environmental organization targeted by his signage.

“We support coal,” says one side of the marquee in front of Dark Horse. “Coal keeps the beer cold!” says the other. 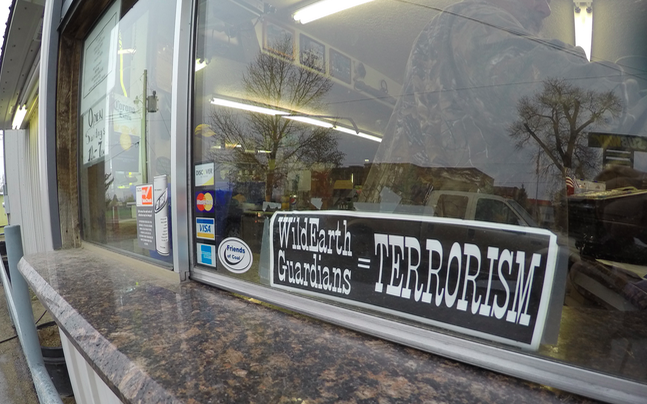 A May 2015 decision in a lawsuit brought by the WildEarth Guardians in 2013 threatened to shut down both Colowyo and Trapper mines. The activists claimed that Colowyo Mine and others had been inadequately permitted under the National Environmental Policy Act, and sued the U.S. Office of Surface Mining. The judge agreed but delayed the decision for 120 days, allowing the agency and the mine to address concerns before a September deadline. A similar decision faced Trapper Mine. 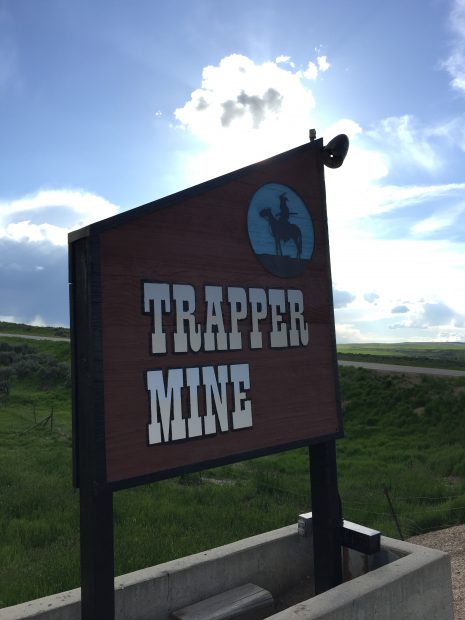 The lawsuits caused an immediate uproar as hundreds of direct jobs at the mines and the region’s economy faced a grinding halt if the permits to mine were rescinded. WildEarth Guardians, and those associated with the group in any way, immediately became persona non grata. New Belgium Brewery saw its products and signage pulled from store shelves in the wake of the discovery that the company had previously donated a small amount to the environmental lawfare outfit.

Company outreach did little to comfort Craig business owners. New Belgium has not been on Hettinger’s shelves ever since.

“My initial response is tough shit,” said Jeremy Nichols, a spokesman and director of climate and energy for WildEarth Guardians, in the midst of last summer’s legal proceedings. But it wasn’t just a bit of off-color language that prompted such a backlash, even as Nichols’ comment further stoked the ire of local residents and drew statewide attention to the plight of Colowyo Mine. Nichols’ ultimate and immediate goal is to “keep it [coal] in the ground.”

And that’s just not going to happen, says Ray Beck, Mayor of Craig.

“I don’t think it’s right that we pick winners and losers and that’s what they [WildEarth Guardians] do. We should sit down at the table–these types of decisions don’t start in the courts–and that’s their mission. If they don’t get what they want, then they’re going to sue you. They’re going to take you to court. That’s not right,” said Beck, who criticized the group’s mission and tactics. 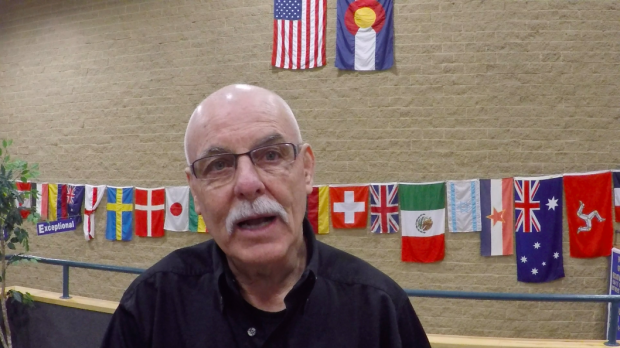 “Let’s sit down at the table, let’s have this conversation, let’s collaborate, let’s compromise. Don’t decide we’re going to sue you because you’re not keeping the coal in the ground, that’s not the answer. In fact it’s the solution to a more vibrant community, not only here but in the state of Colorado and throughout the nation, and that’s the conversation we should be having,” Beck said.

The mayor defended the region’s economy, even as he acknowledged that adjustments in the form of diversification would be necessary and welcome.

As recently as 2013, Colowyo Mine generated more than $206 million in direct and indirect economic activity in the region, and paid $12 million in federal and state royalties, severance, sales, and property taxes that year.

At the same time, Beck conceded that Craig, as well as other communities on the Western Slope, would have to begin diversifying their economies, or face the same fate as Delta, Colorado, which has lost hundreds of well-paying coal-related mining jobs since 2012, and seen student enrollment drop in Delta County Schools, as mining families relocate. Mines in that area have also been subject to WildEarth Guardian lawsuits.

“We faced some incredible challenges over the past year or so from organizations that say ‘keep it in the ground,’ basically just stop extracting fossil fuels. No more fossil fuels. I think that is extremely ill-conceived, it’s short-sighted, it’s unrealistic,” said Diana Orf of the Colorado Mining Association.

Despite the desires and legal efforts of activist groups like WildEarth Guardians in Colorado, or Bill McKibben’s 350.org nationally, said Orf, coal isn’t headed into the sunset.

“Certainly modern society needs to charge their cell phones, keep their computers operating, they like to drive their cars. If it’s an electric car, it’s still powered by electricity, a large percentage of which comes from coal or natural gas, which is also a fossil fuel. If we are going to continue to live anything resembling a modern society and not devolve into a third world country as far as our lifestyle, we need fossil fuels. They will not go away anytime in the near future,” she said.

The 2015 finalization of the Environmental Protection Agency’s (EPA) Clean Power Plan rule drew quick reaction from all sides, as it proposed to reduce state emissions of carbon dioxide by 28 percent overall or 40 percent in pounds of CO2/MWh of electric generation by the year 2030.

While it was apparent that Colorado’s Department of Public Health and Environment (CDPHE) would be greenlit by the state’s Democratic Governor John Hickenlooper to fully comply with the EPA’s compressed timeline, the state’s Attorney General Cynthia Coffman, a Republican, joined a multi-state effort to challenge the rule’s implementation, prompting a battle at the state Supreme Court over the prerogative of filing such a lawsuit. Coffman prevailed.

The Hickenlooper administration, however,  staunchly defended the ability of CDPHE to continue its work on the Clean Power Plan even as the legal proceedings progressed. A February 2016 decision by the U.S. Supreme Court to stay the rule while litigation proceeded in the lower courts ostensibly put the state work on implementation on hold.

Instead, a budget battle erupted between the Colorado legislature who sought to remove funding for any work on the Clean Power Plan, and an agency determined to meet whatever timeline would emerge, including the original September 2016 deadline to file a plan or extension. Eventually, a bipartisan compromise saw $112,000 in funding trimmed from the air quality control division, and the agency reluctantly agreed to halt explicit work on the Clean Power Plan. Records obtained showed the agency had spent approximately $150,000 on planning and stakeholder meetings since August 2015. 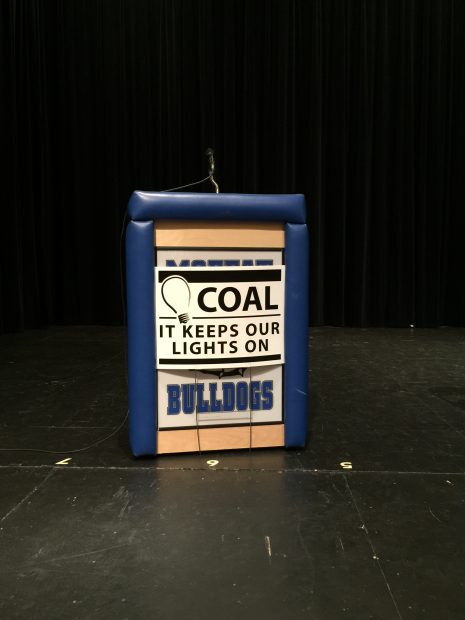 “However this plays out, coal has been and will remain a vital part of the state’s energy mix, there’s no question about that,” said Will Allison, Director of CDPHE’s Air Pollution Control Division, at a community meeting in April at Moffat County High School in Craigl.

“We are clearly not developing something to submit to EPA in September 2016. The rule is stayed and we recognize that, and we’re not planning to make a submittal to EPA. We don’t plan to make any submittal to EPA unless and until we’re required to as a matter of law,” said Allison.

He called the rule ‘fairly flexible and broad” but refrained from offering any opinion on the outcome of legal challenges. “The goals that were set for Colorado are ambitious but they are achievable,” Allison said, citing other efforts the state has undertaken, like renewable energy standards, Clean Air Clean Jobs legislation, and efficiency measures.

“However this plays out,” Allison argued, “coal has been and will remain a vital part of the state’s energy mix, there’s no question about that.”

And while he conceded that no direct work would be undertaken, the agency would continue work on clean air issues under its mandate. “That said, we’re not going to sit on our hands, as it were, and do nothing for the next year or two while the court process plays itself out,” he said.

“The people have a right to know what their (CDPHE’s) intentions are . . . what comes out of that is going to impact us from an economic standpoint. When you mandate rules and regulations imposed on our coal-reliant community and our power plant there will be a trickle-down effect and we’re all going to feel it,” said Beck.

“I think it was really important to give the health department a feel for what the community feels about their economy based on generation of power and fossil fuel extraction in the area. I think there’s been a big divide in the past and there’s been more acrimony than actual dialogue,” said Orf. This opportunity for dialogue provided by the stay, she said, would enable communities to figure out how to work within the regulations while still moving forward with their local economies.

Frank Moe, Moffat County Commissioner and small business owner, was one of the main subjects in the 2012 video, “The Perfect Storm over Craig, Colorado.” The owner of a Best Western Inn, Moe and his wife were forced to make staff cuts at their hotel during the previous round of regulatory imposition in the region.

Now an elected official, Moe touted the county’s proactive look at its economy, centered on coal extraction and electricity generation, but singled out the WildEarth Guardians’ rigid “keep it in the ground” mentality as nothing short of an attack on the entire community.

“The attack, and I say attack from the WildEarth Guardians because it was an attack on coal but it was also an attack on our people and our way of life,” said Moe. 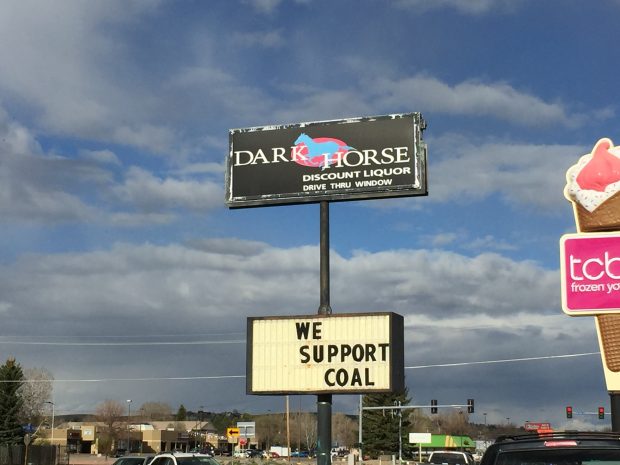 “One of the biggest challenges with what I call extreme environmentalists is they don’t put the human equation into their goals and objectives. Keeping the coal in the ground is almost like burying me and my fellow citizens in the ground because that is what our economy is based on,” Moe said. Moe compared the professionalism and collaboration of CDPHE’s outreach to what he saw as the crass and vulgar language and behavior from environmental groups, including those activists not based in the community.

Had the lawsuit against Colowyo or Trapper mines succeeded, even temporarily, while permitting was made compliant, Moe says, small businesses in Craig would have gone belly up immediately.

“I don’t think we’d have a business. I think a lot of our family and friends in the area would not have a business and specifically in the hotel business, I could see numerous bankruptcies that would have happened within three to six months,” Moe said, as the area’s recovery made many local businesses marginal. Any shutdown would likely precipitate a cascading effect, as other stores lose business without the high-paying jobs and economic support provided by Craig Station or the nearby mines. 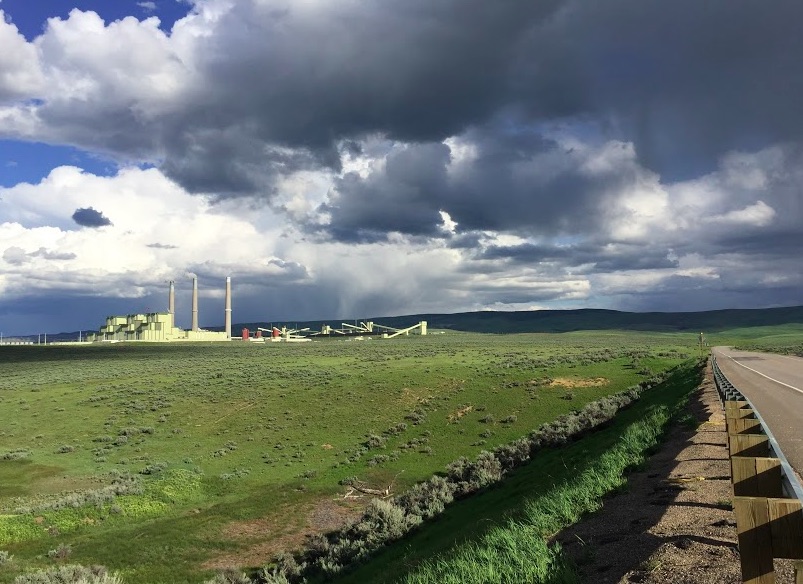