Safari Club International, long-known for big-game hunting and conservation programs, is making a significant push into wingshooting, which we expect to accelerate next year with the appointment of Paul Babaz as the organization’s next President.

Mr. Babaz is now SCI’s Deputy President Elect. Based in Atlanta, Georgia, he’s a big-game hunter foremost but also a wing and clays enthusiast who believes that SCI will benefit from the outreach efforts toward shotgun owners under current president, Larry Higgins. Mr. Babaz’s term as SCI president begins July 1, 2017.

“Wingshooters are a huge demographic of hunters that tend to feel left out of the SCI activities,” said Mr. Babaz. 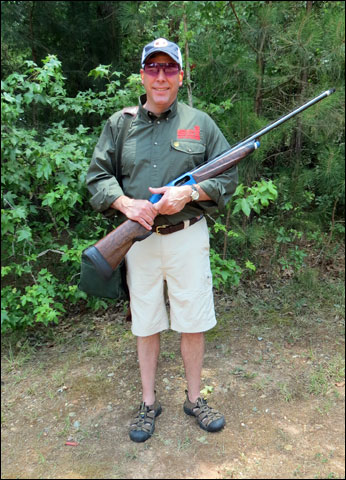 Paul Babaz pauses for a photo at Foxhall Resort & Sporting Club before an informal round of sporting clays.

The push by SCI into wingshooting doesn’t diminish its core mission of hunter advocacy. Instead, wingshooting supplements the big-game passions of its members.

Wingshooting grabbed the spotlight at SCI with the recent announcement of Game Birds of the World Grand Slam. Under the auspices of the SCI Record Book Committee and organized by committee member Britt Hosmer, who in turn assumed the position of  Game Birds of the World Committee Chairperson, the new wingshooting program supports both bird hunters as well as the conservation and sustainability of global species and their habitats.

Under her guidance and with the support of Mr. Higgins, the Game Birds of the World ad-hoc Committee of PhD biologists and known experts in the bird hunting community have worked diligently to finalize a list of acceptable game birds from each continent. There are strict limitations as to what birds can be accepted into the program. 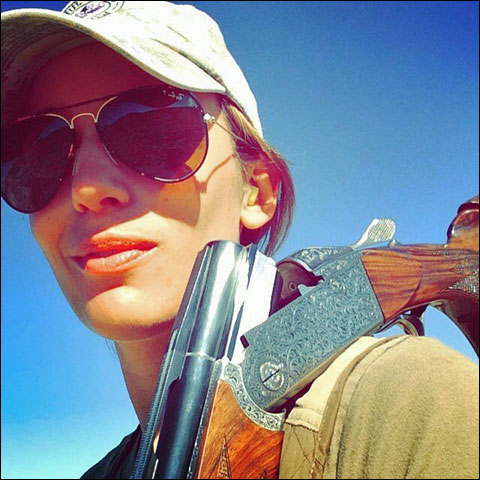 Game Birds of The World is a recognition by SCI that, although there are 2.6 million bird hunters in the U.S., the organization hasn’t offered programs for them outside of shotguns and bird hunting trips sold at the SCI convention and local chapters. Still, SCI remains steadfast as an advocate for hunters’ rights worldwide.

Of interest is that SCI’s research showed that its primary membership of big-game hunters also enjoy the shotgun sports. For instance, 88 percent of their members participate in upland game bird hunting, 77 percent of members hunt waterfowl and 80 percent shoot shotguns/trap/skeet. SCI has approximately 53,000 members from 106 different countries organized in 206 chapters and also represents millions of other hunters from around the world.

“We looked at the marketing demographics for shotgun shooters,” Ms. Hosmer, explained. “It’s a huge demographic we can utilize, and we have the software to build a truly great database from a scientific standpoint.”

Mr. Babaz is of the same mind – talking about the fact that wingshooters are integral to a diversified marketing push by SCI to recruit younger hunters. 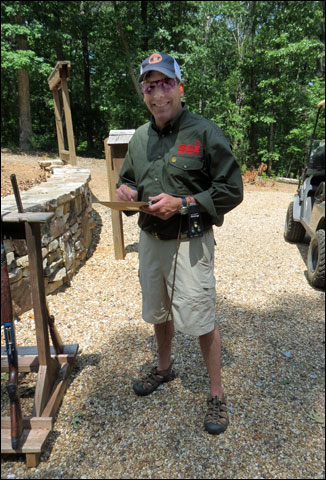 And sporting clays factors in as well. Mr. Babaz, his business associate Lee Haverstock and friend Duvall Brumby of Yates Insurance Agency in Atlanta recently started an informal monthly sporting clays group that meets at the beautiful Foxhall Resort & Sporting Club in Douglasville, Georgia. It’s a laid-back afternoon of shooting on the leafy 15-station course followed by catered barbecue in the club house. The get-together reflects the inherent sociability of clays that could serve as a model for recruiting new SCI members through the shotgun sports.

In that vein Ms. Hosmer explained that Game Birds of The World is an entrée into the SCI record books for female hunters who are not as inclined to pursue big game as their male counterparts. 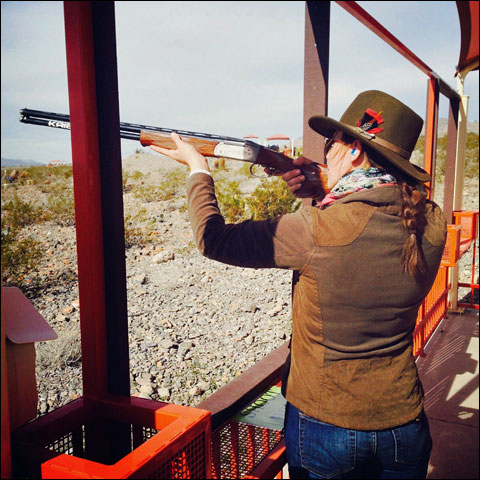 “The women liked the idea of documenting a hunting legacy,” she said. “We’re adding something that they could strive for and check off.”

For veteran SCI members with declining physical abilities, Game Birds of the Worlds presents an easier way to express their passion about collecting species.

Mr. Babaz elaborated that a growing number of SCI members are slowing down on the mountain hunts as they get older. “We want to take them back to their roots of wingshooting and bird dogs that’s a little less rigorous.”

Since Game Birds of the World only requires photo documentation, acknowledgement by the SCI Record Books is easy.

Members are invited to submit entries by sending a photo entry form and verified field photograph to the Committee. Each entry is only $20.00. SCI’s Record Book Software will be utilized for all processing of entries, which will be reviewed by the committee before being accepted. All approved photo entries will be added to a member’s species summary and apply to the Game Birds of the World Awards competition. The Game Birds of the World platform is stand alone and will not mix with the Big Game platform. Still, participants are considered for Diana Award and Young Hunter Award that recognize women and youth. 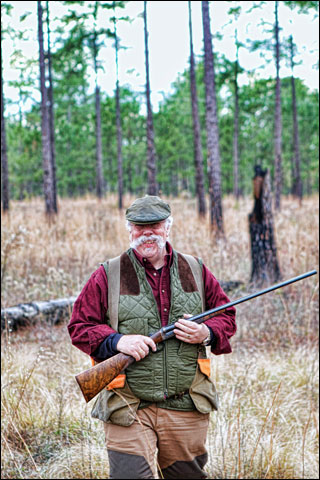 Mr. Babaz served as a catalyst for Game Birds of the World. Friends with former president of the SCI International Foundation, Joe Hosmer, both men had discussed starting their own American quail slam that would entail logging different species of the game bird. However, the idea soon expanded into all game birds. Ms. Hosmer stepped in, acted as the liaison with the appropriate committees, collected the experts and actually formalized and integrated Game Birds of the World into SCI.

“Paul and I have been kidding her all along to do a quail slam and that’s been escalating,” said Mr. Hosmer. “Britt put legs under it.”

“Paul understood why Game Birds of the World is important and got very excited about it,” said Ms. Hosmer.

The announcement of Game Birds of the World took place as Mr. Hosmer was preparing to step down as President of the SCI International Foundation after holding that position for six years. His replacement, Warren A. Sackman, III, is serving a two-year term.

During his final days as President of the SCI International Foundation, Mr. Hosmer explained, “As we speak right now we have 60 wildlife projects going on around the world. Its width and breadth is huge. And more in line with shotgunning, we’re looking into more studies relative to upland birds.” 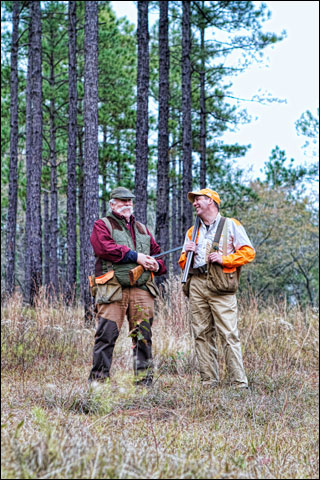 Mr. Hosmer’s departure from the SCI International Foundation poses a harmonic convergence of sorts for SCI’s wingshooting expansion. As of July 8, 2016, he was appointed to the National Board of Directors of Pheasants Forever and Quail Forever – the largest wildlife habitat conservation organizations for upland hunters.

The move by Mr. Hosmer presents a new-found synergy for SCI in the wingshooting arena. With 2016 more than half over, the remainder of year lets SCI move closer to those upland conservation groups. Beginning mid-2017, however, Mr. Babaz has plans for closer ties.

“I want to work with other like-minded groups for a more unified front to protect our freedom to hunt,” said Mr. Babaz, citing groups such as Pheasants Forever, Quail Forever, the National Rifle Association and the Boone & Crockett Club.

As the current SCI administration solidifies a multi-organizational front for hunter advocacy, the SCI International Foundation will cross-pollinate those relationships for more robust conservation programs that will touch the upland community.

Mr. Hosmer expects that a tighter bond with Pheasants Forever and Quail Forever, for example, would result “in studies that involve quail and wetlands from a conservation point of view. It could take the form of grants with universities and state agencies as we partner with more habitat groups.”

The exhibitor roster also features wingshooting destinations and outfitters from around the world.

And for the past four years, the Safari Club International Foundation and Krieghoff International have hosted a sporting clays tournament in conjunction with the convention. Held at the Clark County Shooting Complex in Las Vegas, the proceeds from the fundraiser go to the Boy Scouts of America.

With that groundwork already in place, the upcoming convention on February 1-4, 2017 at the Mandalay Bay Hotel & Casino in Las Vegas will focus more attention on SCI’s wingshooting members.

“There will be an area within the convention that’s going to be catering to the wingshooter,” said Mr. Hosmer.

In effect, the current SCI President, Mr. Higgins, has started the upward trajectory for wingshooters that Mr. Babaz wants to fast-track.

“I would say that Paul is very much a bird hunter,” said Ms. Hosmer. “I’ve hunted with him all over the world. It’s nice that someone with that perspective is coming into SCI. It’s a collective sport and very inclusive.”

As a son of the South, Mr. Babaz started hunting ducks and doves as a boy with his older brother and father in New Iberia, Louisiana. Big game hunting entered his life during his teens.

After serving in the U.S. Army as a helicopter door gunner from 1986 to 1996, he enrolled at the University of Louisiana at Lafayette where he graduated with a bachelor’s of science degree in finance. In 1993 he moved to Atlanta, Georgia where he became Senior Vice President-Investments with Morgan Stanley Wealth Management – a job he still holds.

By 2000, he’d become involved with SCI’s Greater Atlanta Chapter. In the ensuing years he assumed more responsibility within SCI both domestically and internationally, including his involvement with government affairs and on the committee of the Beretta and SCI Foundation Conservation Leadership Award presented at the convention’s annual gala. He currently serves on the boards of SCI and the SCI Foundation.

“There’s a lot of legislative work that we need to do,” Mr. Babaz said.

Irwin Greenstein is the Publisher of Shotgun Life. You can reach him at contact@shotgunlife.com. Click here to visit ShotgunLife.com.

1
Antifa Group To March Alongside Pro-Gun Protesters In Virginia
US
2
Herman Cain Reacts To Project Veritas Video: Bernie Sanders Is A 'Communist,' His Supporters Are 'Planning Violence'
Media
3
Conor McGregor Knocks Out Opponent In UFC Comeback. The Video Is Mind-Blowing
Editorial
4
Michael Moore Arrested With Joaquin Phoenix
Comedy
5
FBI Interview Notes With Page And Papadopoulos Are Released
US