Performer Sia will hold a concert in Cleveland to raise awareness for abortion access and rights.

The concert put on by the “All Access Coalition,” and will feature the 40-year-old singer whose real name is Sia Kate Isobelle Furler, as part of a nationwide event, according to Billboard. (RELATED: 30 Of Your Favorite Celebrities Who Are Demanding Congress Pass Gun Control [SLIDESHOW]) 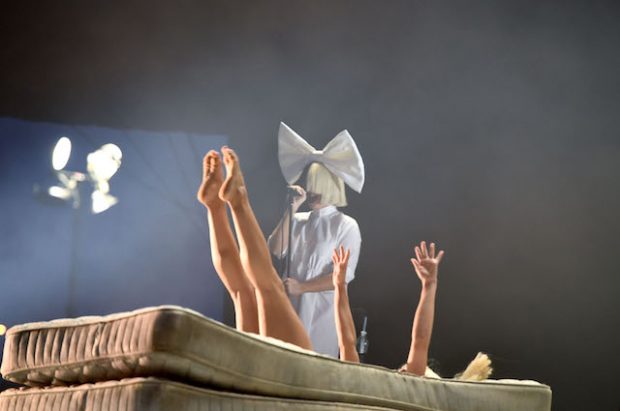 “All Access is such an inclusive group that I’m proud to be a part of this,” Sia said. “We all need to stand together and be a part of creating the future we hope to see. There is so much support out there for an inclusive, equitable society that it’s time we showed our collective power.”

“Sia’s headlining All Access @ the Wolstein Center in Cleveland 9/10,” she tweeted. “Celebrate feminism & get free tix.”

The concert will take place September 10th and be held at Cleveland State University. Sia will be joined by former “Daily Show” anchor Jessica Williams and comedian Leslie Jones.

The nationwide events are being organized by groups like the ACLU, Planned Parenthood Federation of America, The Center for Reproductive Rights, and NARAL Pro-Choice America Foundation.

1
'You Are Something Else': Trump Chastises PBS Reporter After She Interrupts Him With Questions During Bill Signing
Media
2
'There's Always An Angle': Tucker Carlson Has A Theory About Why Some Big Corporations Are 'Paying' For 'Riots'
Media
3
Andrew Cuomo Complains That Looters Are Getting Out Of Jail — His Bail Reform Opened The Door
Politics
4
Medical Journal Retracts Study Claiming Hydroxychloroquine Is Dangerous
Health
5
'You Lost Me': Retired Marine Criticizes Mattis Over Letter About Lafayette Park Protesters
Politics