Decker played with the former quarterback for two seasons during his time with the Denver Broncos. 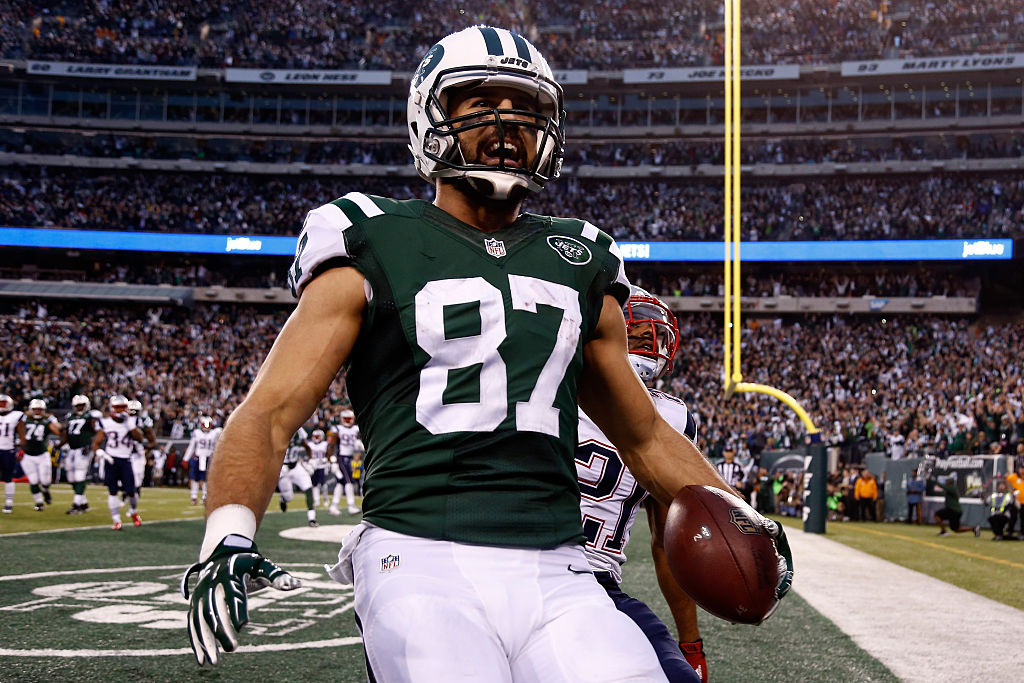 Decker believes a team will take a chance on him for the sake of ticket sales, if nothing else. “If I was a Double-A or Single-A team, I’m signing him to get the ticket sales up,” he told ESPN. “I’m sure he’ll have success in that field. But as far as the skill aspect, I think hitting a baseball is one of the hardest things, so it’ll be interesting to see his progress,” Decker added.

“Someone is going to sign him, I guarantee you that, because it’s Tim Tebow and [the fans] will be coming to a baseball game with a football jersey on, selling tickets,” Decker said. “I want to see what kind of player he is,” the Jets receiver continued.

Although Decker isn’t certain of how successful his former teammate will be, he respects his work ethic. “I haven’t seen him play baseball,” Decker admitted, “but he’s an athlete and works tremendously hard, so obviously he’s going to put everything he has into it,” he said.