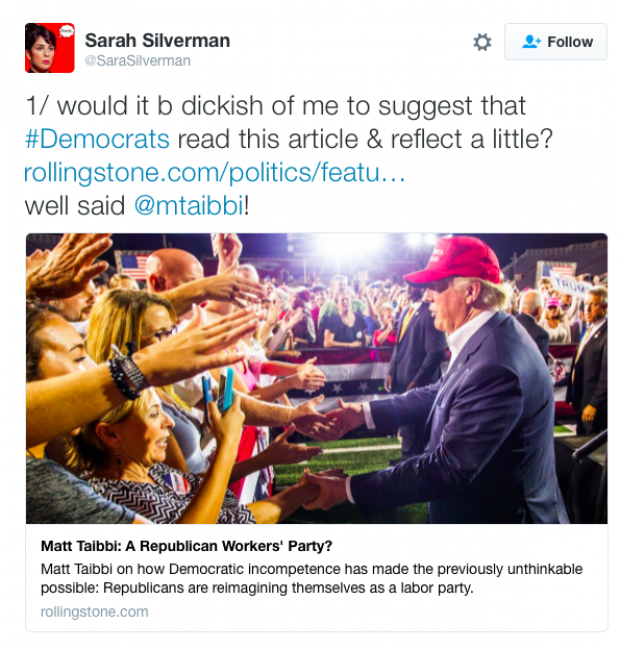 Taibbi was all flattered.

That is, until he learned that this was not the actual Sarah Silverman complimenting his journalism. To his credit, he owned up to the me-ified flub.

1
Black Firefighter Spent His Life Savings To Open A Bar. Then Minneapolis Looters Burned It Down
US
2
STONE: Now That I'm Ungagged, I'd Like To Say A Few Things About My Prosecution
Opinion
3
Former Football Star Gunned Down During Riots In Indianapolis. Here's What We Know
Editorial
4
Here Are The Possible Reasons Mike Flynn's Judge Hired His Own Attorney
Politics
5
Tom Cotton Suggests Calling In The 101st Airborne To End Riots
Politics