The United States Women’s National Team has been bounced from the Olympics by Sweden.

Sweden outscored the USA 4-3 on penalty kicks after regulation ended in a 1-1 tie. (SLIDESHOW: This Nearly Naked Model Is All The Motivation You Need For The Olympics)

The USWNT has been in the news recently for a lot more than just soccer because they have complained about being paid less than the men. 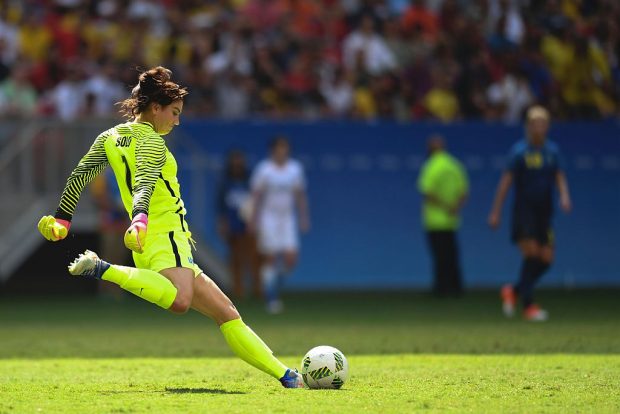 Five members of the team filed a complaint against the U.S. Soccer Federation arguing they were victims of wage discrimination. (RELATED: US Women’s Soccer Team Files Complaint Demanding Equal Pay With Men)

It looks like any argument going forward won’t include how the team medaled in the 2016 Olympics.